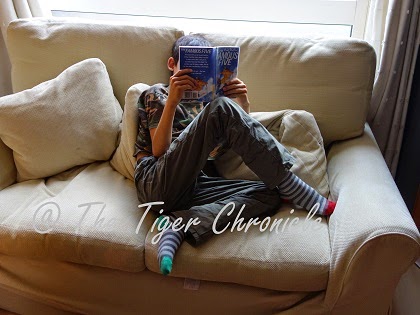 
Out of curiosity, I decided to look at how Tiger's reading speed, measured in the total number of books read each academic year, has changed in the past five years: