A large part of our study of Victorian England seems to revolve around the plight of the poor, especially of poor children.  Charles Dickens' story, Oliver Twist, showed us the world of the working class where poverty, oppression and crime go hand-in-hand.

To get a better sense of what happened to the Victorian poor when they were caught in the cycle of poverty and crime, we participated in a mock trial based on an actual Victorian case in the restored Victorian courtroom in the town of St. Albans. 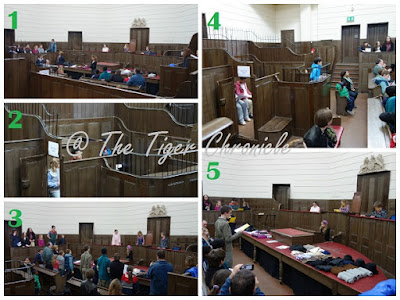 The trial was based on a real case that took place in the Victorian times that involved a 14-year-old street urchin who was accused of theft by the local butcher.  We sat through the trial, listening to all sides of the story given by various parties, and finally the actual verdict that saw the child being sentenced to three years in prison with hard labour.  The sentence would have taken effect immediately with the child being put in a prisoner's uniform: 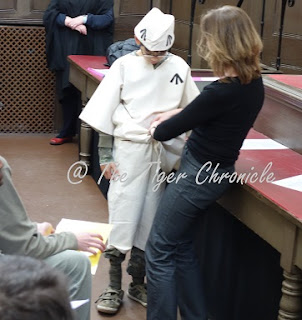 and being locked up in one of the cells situated below the courtroom. 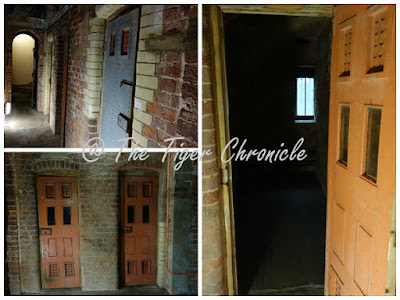 The workshop leader then led a discussion that had us consider two important points:

We were all quite dismayed by the harshness of the sentence the Victorian boy received, given that there was no clear evidence (circumstantial or otherwise) to make him the undisputed perpetrator.  However, that seems to be the fate faced by the Victorian working class, as we shall see in another case in part 2.