Heaven! (for a military history buff)

By looking at my plan for Tiger this academic year, it may appear to many that I am overriding his  interest in military history, or that I am abandoning the interest-led learning environment that dominated our household last year to a more classically-driven environment.  Contrary to these appearances, my goal this year is to find a way forward to amalgamate both approaches to provide Tiger with a rigourous foundation in his area of interest.

It seems that military history is here to stay for the foreseeable future.  To bring the life the information in the books that Tiger has read,

I took Tiger to a military machines and vehicles show to look at and touch the various machines up close and to talk to those who are as keen on this subject as Tiger is. 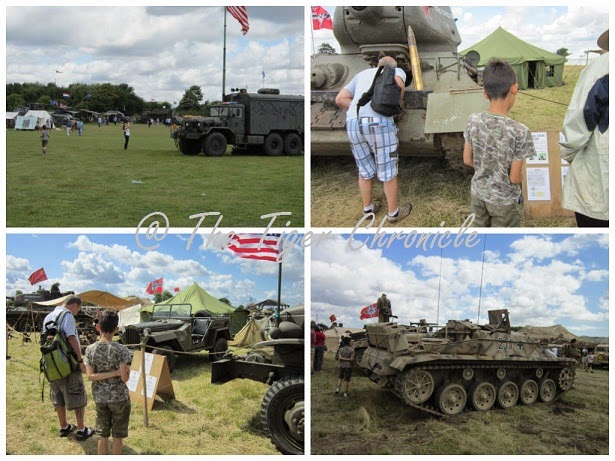 There was so much to see that we spent a whole day (10am to 6pm) there.  Never in a million years would I have thought I would attend such an event, but there you are, I was there walking around the grounds with my boy for eight hours.

There were so many different military vehicles on display that the many hours we spent were necessary just to look at everything.


The best thing about going to such a show is that the vehicles are not static displays but are actually in excellent working conditions so we could see them in action:


I was amazed at how fast some of these tanks can go, so I really appreciate being able to see them in action.


Besides watching the tanks and other military vehicles roll by, Tiger also got to go on a 'tank ride' (it's really an armoured personnel carrier). 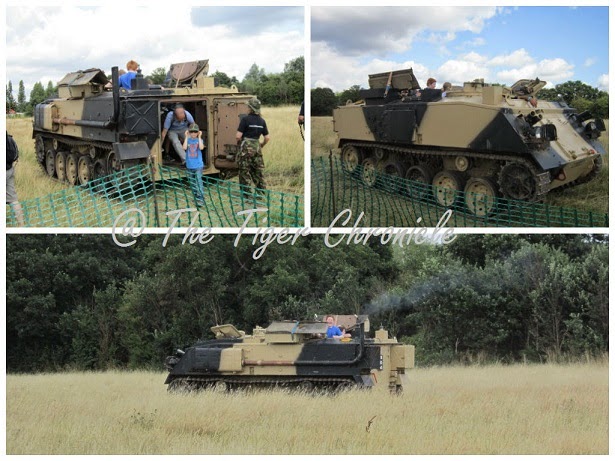 Tiger really enjoyed the experience, although he admitted that ride was very bumpy and rather uncomfortable when compared to riding in a normal car.


There were also many soldiers' tents set up to depict the weapons and machinery used in different regions/conditions or in different historical periods: 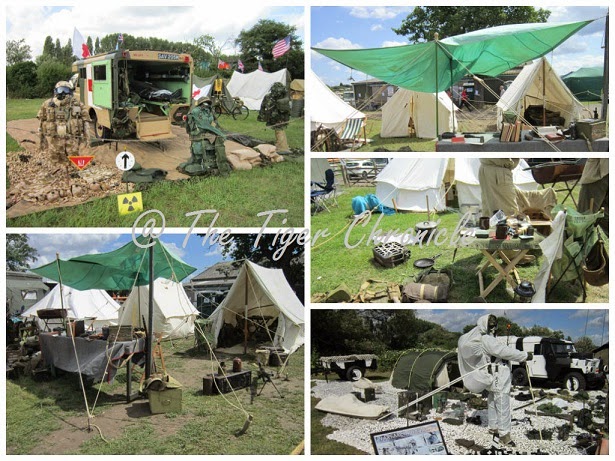 With bombs and weapons at one end of the conflict, at the other end we find the Anderson shelter.  The one on display there was kitted out inside so we could get a really good idea of the amount of available space inside the shelter: 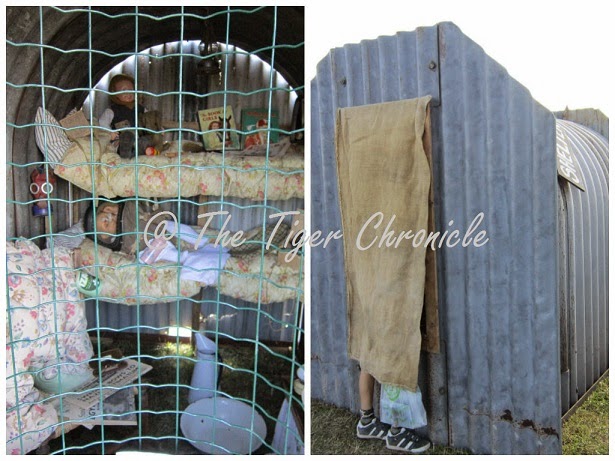 The site was roughly sectioned into different areas of:

In the weaponry section we saw many different types of guns and explosives, including land mines. 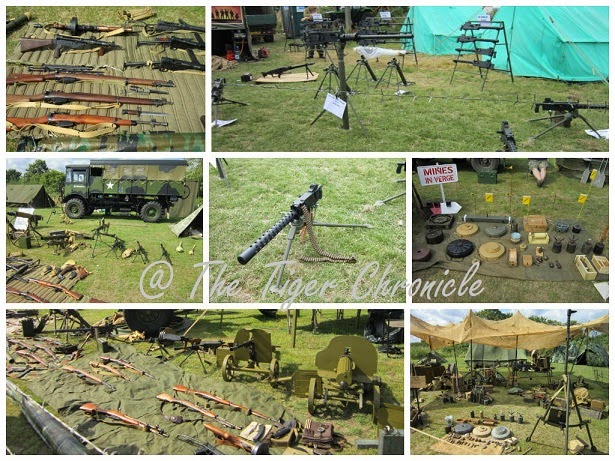 Many of the displays could be touched and felt, so Tiger had a good time working his way through the various types of guns.  I was fumbling about with a hand gun at a stall where different guns were taken apart and the event-goers were challenged to put them back together, not quite sure which part goes where, when Tiger decided it was too painful for him to watch his mother struggle with it so he asked, "May I show you?"  I promptly passed the gun over to him and watched him assemble it together and showed me how to hold it, load it and fire it, all under 30 seconds.  I don't know where he's learned how to do this but I'm guessing it's from all the military books and documentaries he has watched. 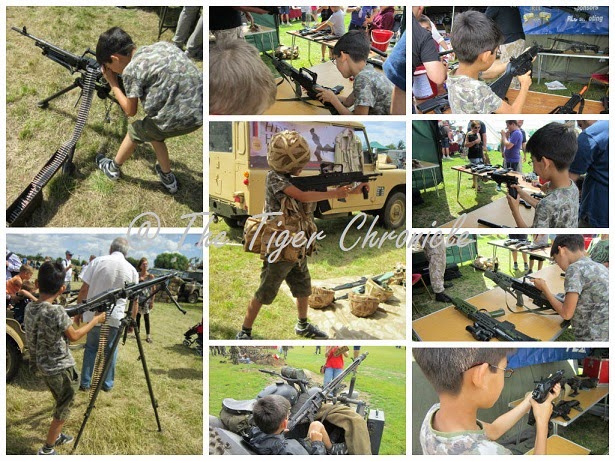 Interspersed with the moving vehicles display were reenactments of battle scenes throughout history, which helped us understand the development of warfare tactics as a result of the advancement of weaponry. 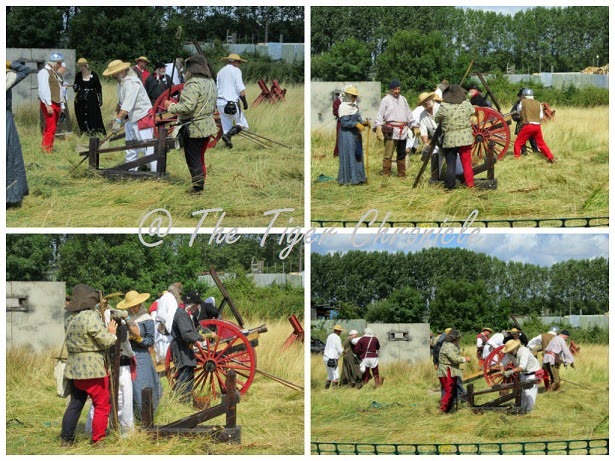 It started off with guns in the Hundred-Year War:


Then the next big leap forward in technology came in the First World War when the British developed the Mark IV. 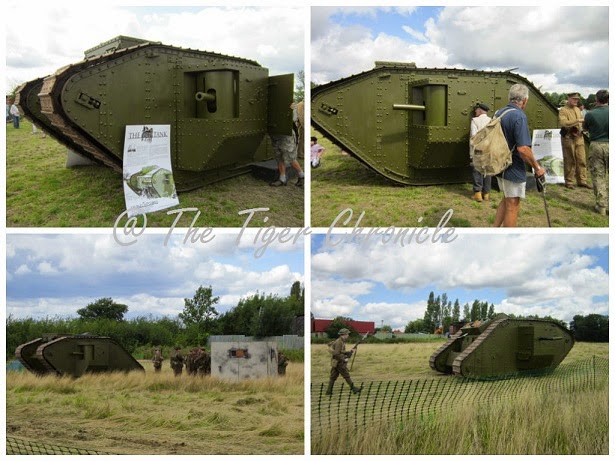 Tiger has read about the Mark IV tank in the various historical books but this was the first time he came up close to it, to be able to touch it, walk around it, look inside it, and best of all, to see it in action.  Although the Mark IV is very slow compared to the modern tanks, it must have been a terrifying sight to the soldiers 100 years ago when they had never seen anything like it before:


Closely associated with the First World War is the trench warfare.  We saw a few "desmontration" trenches on site. These were not the full size trenches of the First World War but they gave us some ideas of the equipments used and the hardships endured by soldiers who have to fight in that condition. 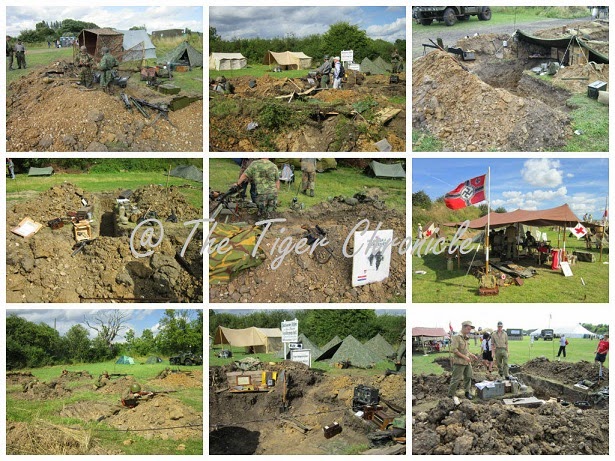 From the First World War, we moved on to the Second World War.  The majority of the vehicles and machines we saw on site were from WWII.


We also wtached a reeanctment of a WWII skirmish between the British and German troops: 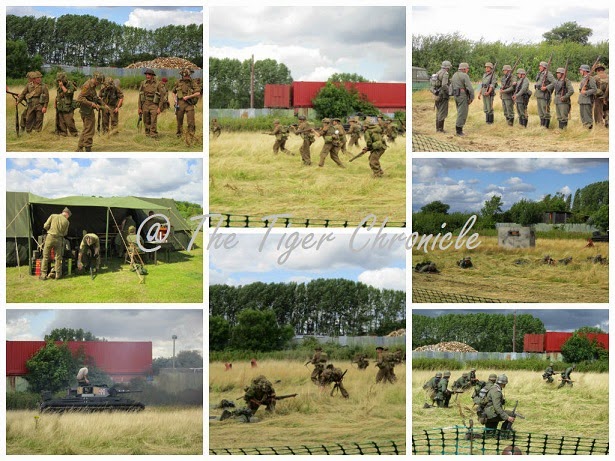 The reenactment went on for about half an hour and gave us a realistic idea of what the numerous WWII skirmishes might have looked like:


While the majority of the displays were land vehicles, we did see a few planes and helicopters. 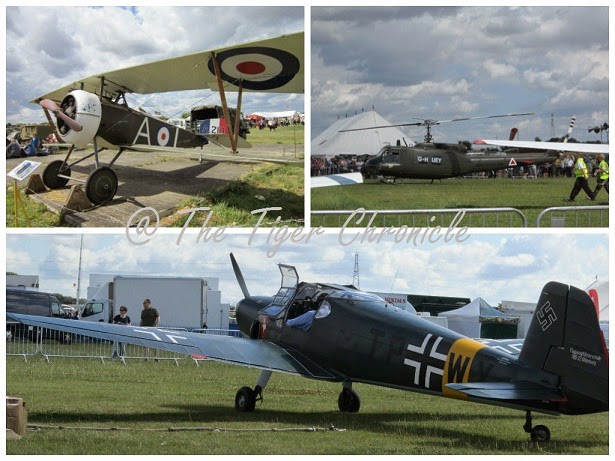 What we saw, which we haven't seen anywhere else, was a working life-size plane engine:


It was a very long day but Tiger came away at the end of it saying that it has been his best day out so far.  Tiger's love affair with military history continues.  All I can say is that I am grateful to find such opportunities where Tiger's keen interest is supported and where he can meet and talk with fellow enthusiasts to his heart's content about something that both my husband and I aren't particularly knowledgeable or enthusiastic about.