Since we did not see enough air vehicles at the military show and Tiger is most interested in the air combat aspect of warfare (see below for the related books he has read so far),

we made up for the gap by going to the air show at the IWM Duxford.

There were many aeroplanes on display and in flight that day, I'd say the distribution between historic planes and modern aircraft is about 70-30.  That is fine by me because both Tiger and I find historic aircrafts to be more relevant to our history study, but Tortoise is much more fascinated by the modern planes. 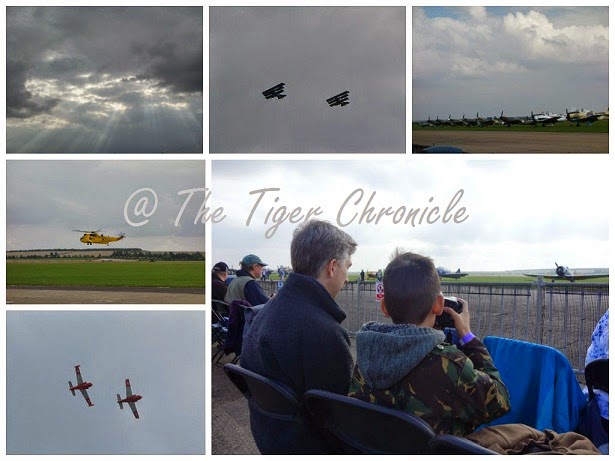 For example, I appreciate that triplanes and biplanes were flown at the beginning of the air show so that we could see for ourselves what the dogfights in the First World War would have looked like:


We were astonished at the slowness of the planes, but considering that planes were cutting edge technology 100 years ago (as was the Mark IV tank we saw at the military show), we were able to get some perspective on how quickly military technology has been advancing since then.  The following documentary on the dogfights in the First World War uses CGI to recreate the air combat scenes but there's nothing like seeing the WWI planes in action for ourselves.  The next best alternative is to use the dogfight simulator, which Tiger is allowed to play for 10 minutes each time, three times a week.

The highlight of this year's air show is the fly past of the last two airworthy Lancaster Bombers, escorted by two Spitfires.  Many people stood up and applauded at the sight of the planes that represented hope and victory for the British people in WWII.  As a non-British attending a very nationalistic event where feelings of patriotism run high, I pondered upon the thought of how those very same planes would have stirred up a totally different set of emotions in those on the receiving end of the planes' missions. 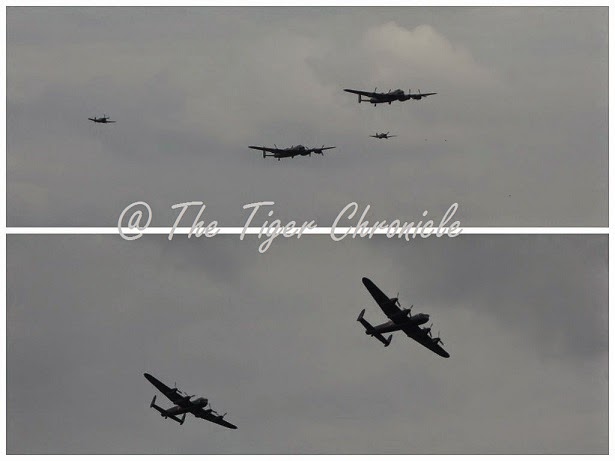 There were many different types of planes flown on that day, but the most iconic has to be the Spitfires.  Before Tiger's interest in military history took hold, I wouldn't have been able to recognise this plane at all.  Now, thanks to numerous exposure (via books, documentaries, visits) I am able to recognise the Spitfire from the distinctive sound of its Merlin engine.


The finale was a splendid display by the Red Arrows.  Everybody loves the Red Arrows, which is an acrobatic team of the RAF.  Their presence brought a sense of fun and skill to the show, which was a refreshing way to end the day, having spent four sombre hours watching military combat aircrafts displaying their growing capabilities and thinking about who really benefits from the never-ending military campaigns around the world throughout history.


After all this running around, we really ought to buckle down and do some real work by staying at home next week...