When You Give a Boy a Tin Geometry Set... 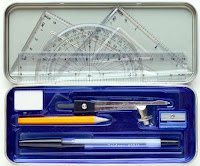 The other day I bought a geometry set for less than £3 at a stationary sale, and left it on the table.  Guess what happened?  Tiger saw it and became really excited when he realised that it belongs to him.

The following was what I saw: 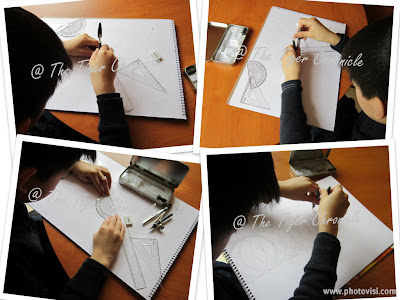 What was he doing?  Drawing circles, apparently. 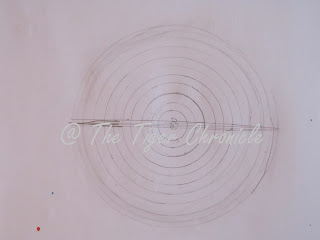 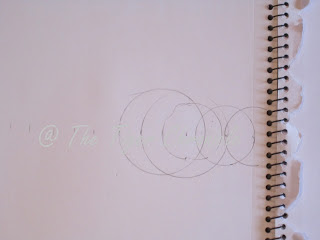 Tiger became more adventurous in the following days, still pouring over his tools: 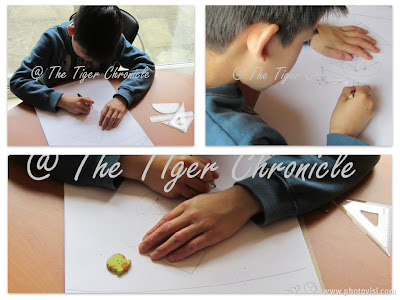 His designs also got bolder as a result. 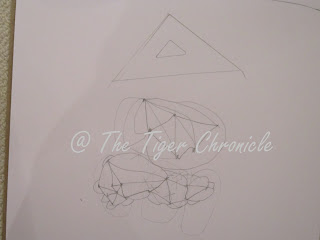 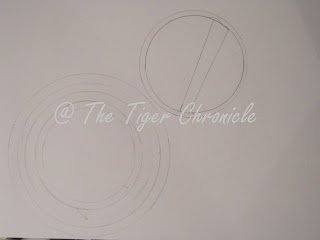 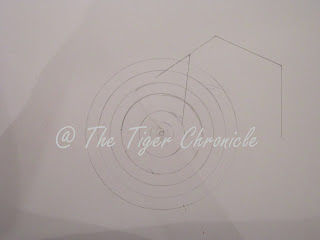 All this while, Tiger didn't ask me anything so I just let him get on with it.  It was only when he showed me his work that I realised that he was teaching himself the measurement of angles in relation to a circle.  I have mentioned angles in passing so it isn't totally unknown to him, but I like how he has shaded the different parts of the circles to highlight their corresponding angles (90 degrees, 180 degrees, 360 degrees). 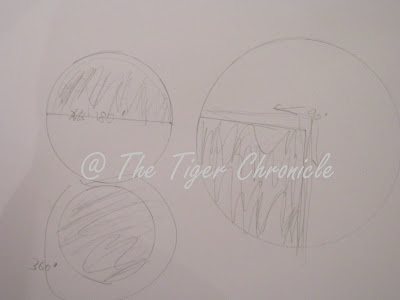 Tiger was tickled when we walked past a sculpture of Issac Newton and saw him doing exactly the same thing: 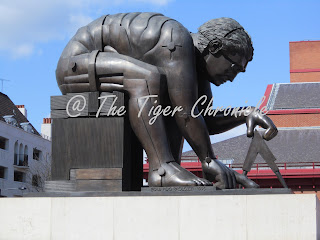