After learning about map scale, the next logical thing to learn is to read map coordinates.  Tiger read the following book for introduction to the topic: 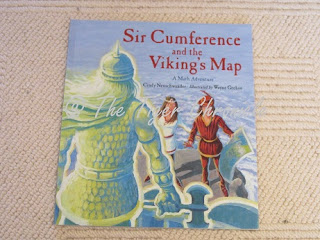 As an introductory exericse, Tiger worked through a page to identify the points on a grid map with numbers on the x-axis and alphabets on the y-axis.  This was very straightforward because Tiger is already familiar with reading maps with such coordinate points. 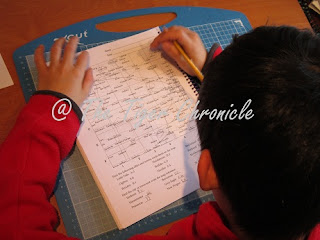 Next, I introduced Tiger to another way to represent coordinate points -- using numbers in both the x and y axes.  This was slightly confusing because now Tiger had to figure out which axis was represented by the respective numbers.

For this exercise, I had Tiger draw out the X-axis and Y-axis, then he was to list the coordinates of the points that I put on the grid. 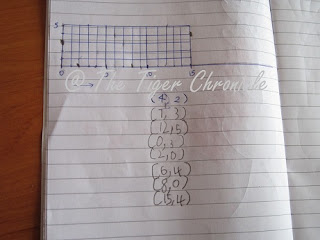 This was followed by applying our understanding of coordinates to drawing, first by linking various pre-set coordinates into straight lines and forming a shape on paper. 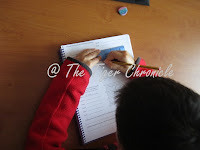 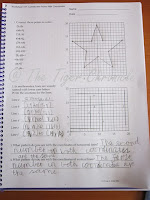 Next Tiger got to apply what he had learnt so far onto graph papers.  He was to identify various points on the graph paper based on a set of coordinates that I verbally read out to him. 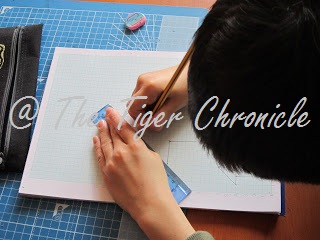 These form the smaller shape on the paper.  Once the original, smaller shape was drawn, I gave him a multiple which he was to use to draw the bigger shape. 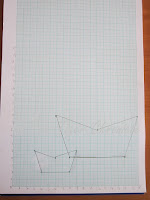 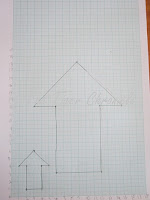 Here is another application of scaling up: 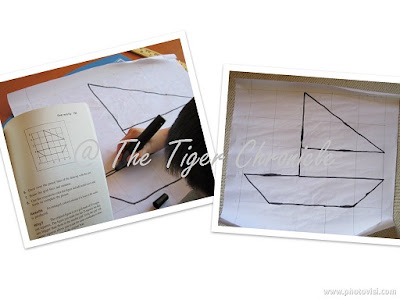 The next application was slightly more complicated than the ones before.  Here, Tiger had to:
1) plot the points on the paper;
2) reflect the figure on the y-axis;
3) learn that the equation for a straight line between two given points and which goes through the point (0,0) is y = -x.
4) apply his knowledge of rotational symmetry to plot the points of the final figure which was symmetrical to the original figure on the line y = -x. 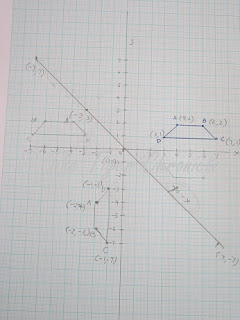 Tiger played the following games to conclude his study of the coordinates: 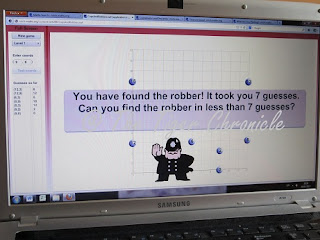 The lessons come from the following books: 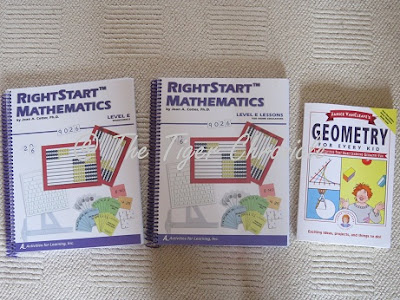