Today is Valentine's Day, so I wish everyone to be filled with love in their lives and in their hearts.

This post was inspired by a conversation I had with another homeschooling Mum, Mrs. W, recently.  Mrs. W brought her son home from school after he had experienced multiple difficulties in school -- the usual challenges such as bullying, being academically stifled, educational needs not being met.  She has been homeschooling her nine-year-old son for two years despite oppositions from her extended family and her husband.  In her own words, it's really down to her and her son to prove to all the naysayers that homeschooling is the best thing for her son.

I can understand and relate to her having to face opposition from family, but I was surprised to learn that she did not have her husband's support.  When I asked her why her husband did not think homeschooling their son was a good idea, Mrs. W told me the reason is because her husband is a "traditionalist" who thinks that their son is not learning unless he is seen to be writing in workbooks.  I offered some words of encouragement and comfort, but I couldn't help thinking to myself the following:
As our conversation progressed, Mrs. W revealed that her husband said something along the lines of, "You only have one shot at this.  What if you get it wrong?  What if he doesn't learn anything or have any qualifications when he's 16 years old?  Then you'll have ruined his life."

Do you hear what's really going on behind these words?  It's fear.  Mr. W is clearly so overcome with fear of the what-ifs that he would rather put his son back into the drudgery of school (where he had suffered miserably before) than to support his courageous wife to seek a new and better educational solution for their son.  This fear of the unknown is so illogical yet especially crippling to the creative essence of anyone.

If working through workbooks were the only way to learn, as Mr. W thinks it is, then by this misguided and very narrow definition, Tiger hasn't been learning anything for a very long time.  Especially when it started snowing again this week, Tiger has spent most of his time outdoors playing in the snow. 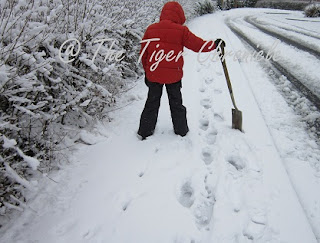 He has not gone near anything that resembles a workbook.  Instead, he has spent many happy hours throwing snowballs, 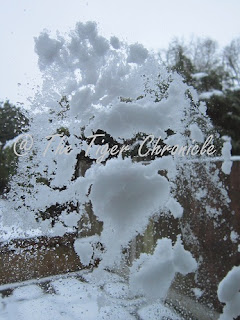 building a snowman, only to dismantle it by sculpting and burrowing in it, 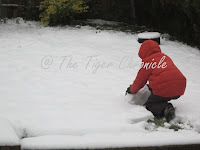 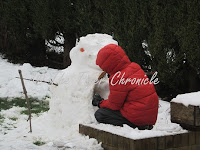 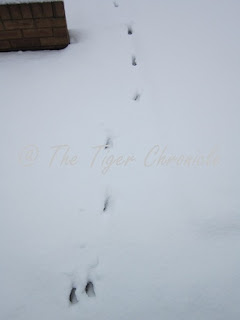 marvelling at how intricate the ice crystals look on the car window, 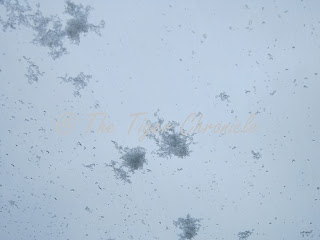 and generally living and experiencing the snow and frost. 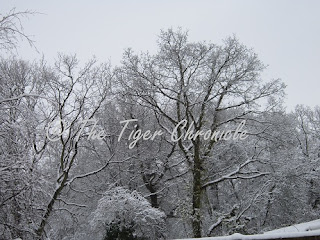 Is this not worth more than filling out pages of workbooks?  A few years ago I might have felt slightly worried (fear again) that Tiger was not 'keeping up with the school children'.  Nowadays, I see much more value in choosing to project love rather than fear onto my child --a love for life, a love for learning, a love for real first-hand experiences, a love for nature, a love for wonder and freedom....

I hope Mr. W will find it in his heart to let go of the fear that is preventing him from seeing the tremendous opportunity that lies in front of his child.  Choose to be guided by love and it will turn us into the wind beneath our children's wings; fear will only make us become wing-clippers.  This article might just enlighten Mr. W a little bit.