Every now and then, Tiger and I get slightly bored by how maths is done at home and both of us want to make changes to how we do maths.  It seems that we have come to a point where I am comfortable with Tiger's grasp of the fundamental concepts in elementary maths that we can afford to be more adventurous in taking detours from our usual maths routine.

Rather than playing random maths games (nothing wrong with that), I am inclined to take a thematic route in this area.

We started with the topic of "numbers".  The first activity we did was to make a number chart puzzles.  This was intended to help cement the concept of consecutive whole numbers.

First I printed off a number chart of whole numbers from 1 to 100, and had Tiger block out different sections with coloured pencils (to be cut out later) to make the puzzle. 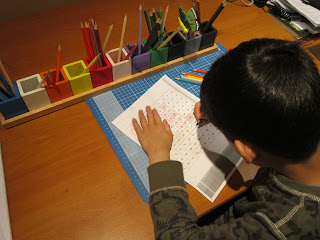 The first one with consecutive whole numbers was too easy, so we did another in multiples of 10. 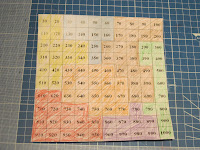 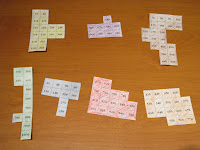 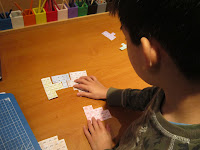 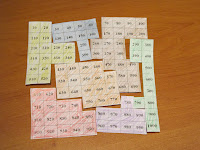 That was just warm-up.  Next, we played all the games found on this page.  These games were fun refreshers for Tiger in the concepts of multiples and odd and even.  His favourite game was Read My Mind. 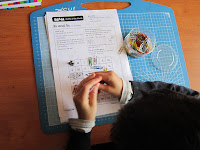 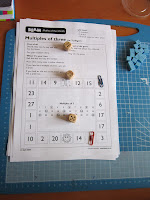 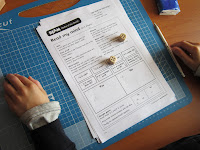 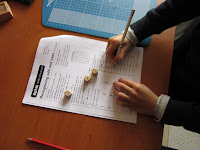 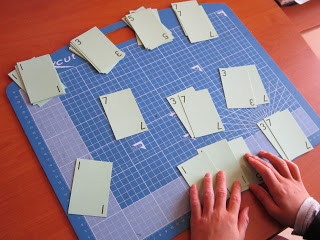 Tiger and I found more challenges and satisfaction at solving maths puzzles that require a combination of different skills, which involve mathematical thinking as well as visualisation skills.  The four puzzles we worked through together were: 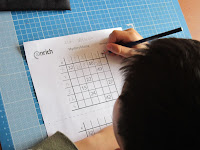 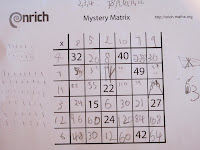 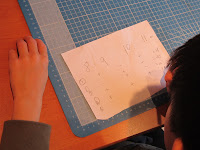 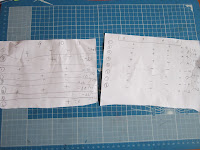 4. Magic Vs (main concept: odd and even numbers) 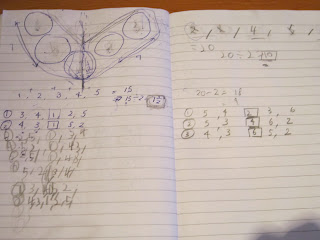 We love these maths games!  They tend towards the abstract side of mathematics, which helps if you have strong maths foundation and visualisation skills.  Manipulatives don't work so well to solve such puzzles.  Additionally, it is also a very involved process for parent and child in that we would discuss, debate, and argue about how we would approach the problem, before solving it together.  Discussion is a big part of the learning process for such puzzles (at least in our case), so I don't think these puzzles will be as effective without parental involvement.  We find the process to be very interesting and mutually beneficial in that Tiger can apply his intuitive problem-solving skills while I can observe and learn more about the way he thinks, which is very different from my thinking process.

Tiger can pretty much hold his own in our maths discussions now due to his strong intuitive and visualisation skills in solving maths problems, while I bring logic and methodology to the table.  So far, this has worked very well for us.

Another number game that Tiger has taken an interest in is Sudoku.  He takes the book with him and solves a few puzzle on the go each time we are out and about. 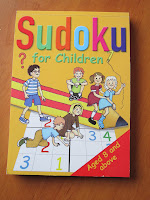 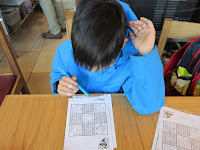