The Viking and mid-to-late Saxon periods in British History overlapped much.  It has been an interesting experience to revisit this period again, now that Tiger is able to identify much discrepancies in the "facts" presented by the various information sources that we are consulting in our study.  For example, we have been spotting and discussing quite a few not-so-accurate parts in the SOTW2 version of British History, which has been very useful for Tiger to understand an authentic study of history requires comparison of different interpretations, inquiry, research, critical assessment, and continual questioning of what we think we knew.  I am very pleased that we are able to enter into such discussions, which is only possible due to the wide exposure to different information sources as well as Tiger's strong interest in history.

The turbulent middle period of the Anglo-Saxons (around 800 AD) was plagued by frequent Viking invasions as well as internal tribal conflicts.  We started with books and articles in history magazines: 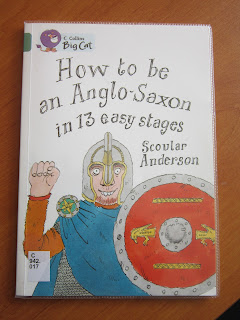 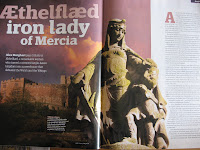 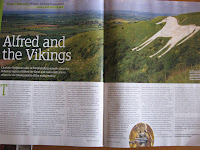 We attended a lecture held at an university about warfare, medicine and development of the modern English language from the Saxon language which intermingled with the Old Norse language and finally developed into Old English. 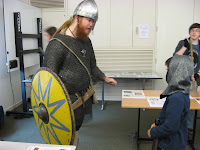 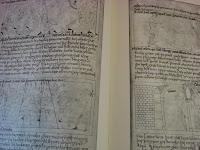 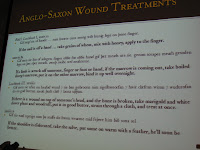 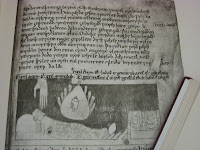 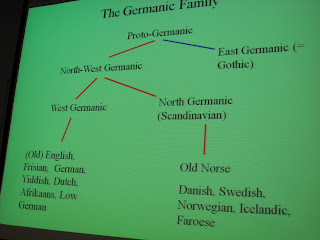 The greatest English king of all, and the only one to be called "The Great", was Alfred of Wessex.  We learnt about him from various folklores about King Alfred's Cakes (a type of fungus), and from various documentaries, most notably an old documentary from Michael Wood.  We also found a more recent and generic but detailed introduction to the Saxon period by David Starkey to be very useful: