Looking At the Same Moon 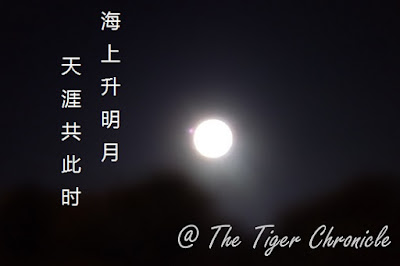 The Sunday that has just gone by was the Mid-Autumn Festival (中秋节）.  For the Chinese, it was a time for contemplation and family togetherness.  I cannot find any better clips about the festival than the ones I found last year, so Tiger and I watched those for review.  After all, a tradition is such because it has been observed and practised consistently for over a millenia, so there is no need to watch a new video every year because the legends and practices associated with the festival are the same. 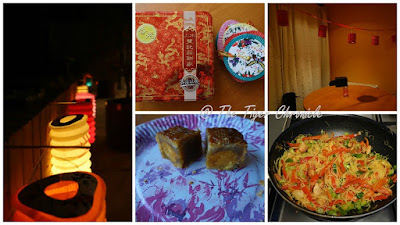 I found myself panicking in the middle of last week, having realised that I did not have sufficient traditional paper lanterns and mooncakes for the occasion.  Luckily, I was able to order them on the internet and receive them just in time! 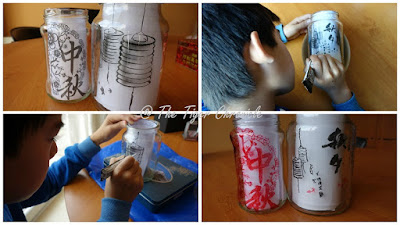 I wanted us to make a simple craft to mark the occasion.  Since we have made paper lanterns before, we decided to paint appropriate motifs onto glass jars and turn them into glass lanterns by putting a tealight in each.  While the motifs turned out well, the effect was not as good in the evenings with the tealights in them.  I am going to add more colours to the glass paintings to see whether that helps to transform the glass jars into votive candles.

In addition, Tiger is learning a new classical Chinese poem for the occasion.  Last year he learnt the poem，Contemplation on a Quiet Night 《静夜思》, by the Tang dynasty poet, Li Bai (李白）.  This year I have chosen another poem related to the festival, again by the same poet.  This year's poem is titled The Ancient Moon Recital 《古朗月行》.


The original poem has eight lines but Tiger is only learning the first half of it, i.e. the first four lines.  The reasons for that are: (1) the use of language in the second half of the poem is more complicated, and (2) the tone of the second half of the poem is infused with sadness as the poet alludes to the political instability of his time.
Posted by Hwee at 1:00 am