One of the most famous landmarks on the Isle of Wight is The Needles.  No cars were allowed to park near it so we had to stop some way off and walk up up and along a cliff.  It was quite a way up but the view of the surrounding landscape was well worth it. 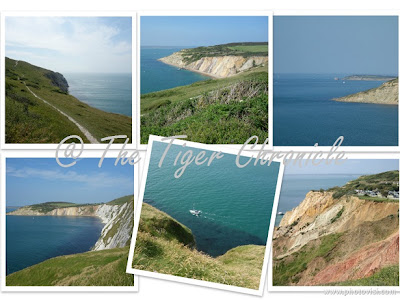 Soon we reached The Needles Old Battery and New Battery, a Victorian coastal defence built to defend the country against invasion by sea by France.  Fortunately, it was never used for its intended purpose.  The site may not excite everyone, but for a military history buff like Tiger, everything at the site from its history and its infrastructure to its construction and equipments are extremely interesting. 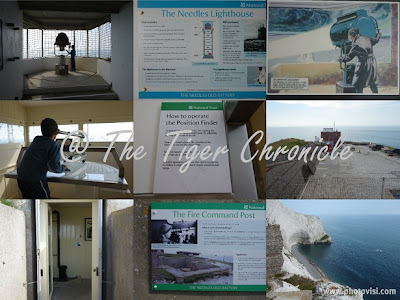 We looked at all the exhibition rooms there and saw many detailed models of how the site was constructed.  The model that shows a cross-section of the cliff on which the site was built, which explains how the cliff was tunnelled through and led out to the sea for transporting equipments, is especially instructive. 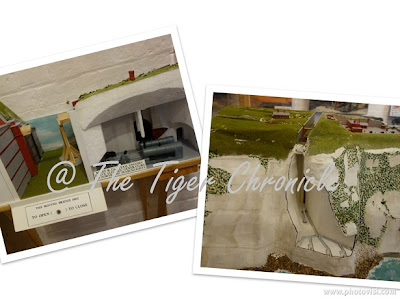 From the site, there are several different points to have a good look at the Needles.  We saw it from the underground tunnel at the Old Battery, from the lookout point at the New Battery, as well as from a viewing point further up the cliff.  It is truly one of nature's marvellous piece of work. 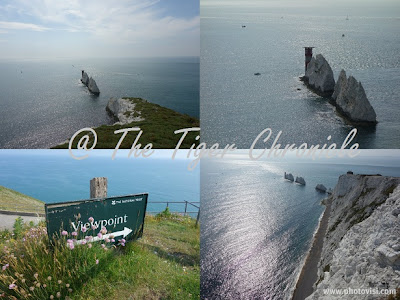