I am becoming more convinced about the interconnectedness of the different "areas" in science, and this realisation is going to affect how we approach science for Year 3, but more about that in a later post on my plans for Year 3.
I arrived at the conclusion about science (and how it can be approached) by observing how Tiger has been enjoying the classes and actually understanding the concepts that were covered.  For example, the latest class was about robotics and circuits, two area that I did not expect us to cover until a few years from now.
First the class was introduced to the very basic components of codes, circuits, mechanics, and robots. 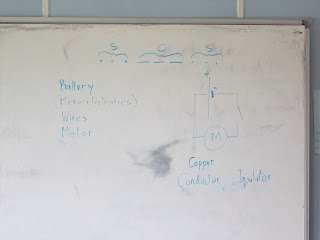 Working in pairs, children then made pressure switches which switch on when a weight is put on them. 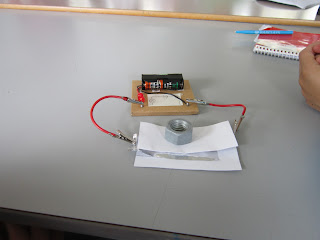 The switches were tested using a circuit board and then placed on an electric buggy (the robot). The robot was connected so that it could only move if the switch were loaded with its weight. 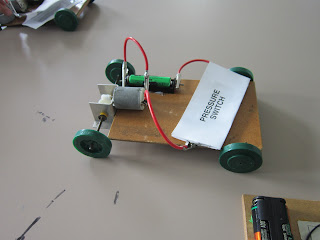 The children then ran ‘robot relay races’ using these in which the baton (the weight) was transferred from one buggy to another. 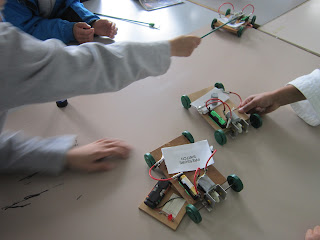 The experiments and results were recorded in a workbook. 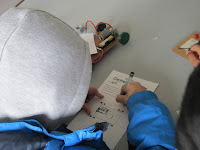 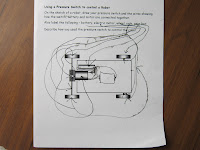 After that, the class was presented with six tasks of increasing difficulty -- the most difficult task of all was to make the robot move backwards and forwards between two barriers automatically. 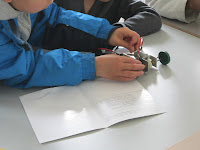 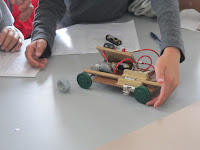 This post is linked up to several blog hops, where you can see what other homeschoolers have been busy with.
Posted by Hwee at 5:03 pm