When there was still snow on the ground, we spotted some mysterious footprints in the garden.

Very mysterious indeed.  Who could it have been?

The following morning, we ventured out to make some new prints of our own: 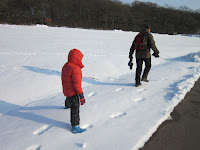 and to look for more interesting prints.  It was fascinating to see the different prints and trying to guess who/what else was around. 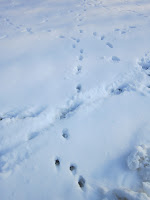 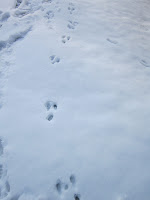 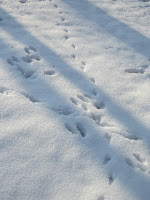 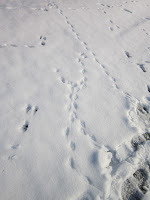 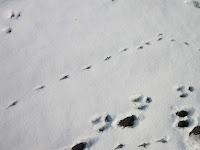 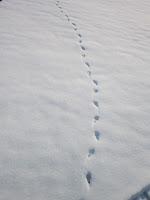 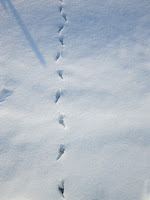 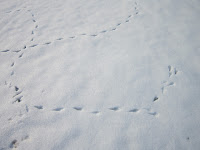 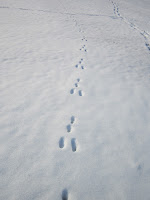 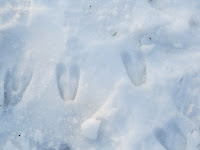 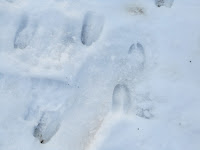 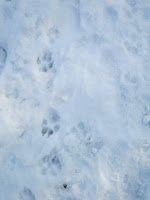 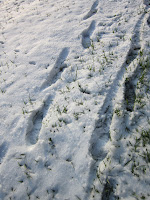 Most of the above were tracks of: foxes, rabbits, dogs, birds, roe deer, muntjac deer, fallow deer and red deer.

The most interesting tracks were the following, which we still cannot figure out how they were made.  At first I thought they looked like claw marks (from a badger?) but Tiger noticed that there were no footprints nearby.  Tiger thought they were whisker marks since they were so faint, almost weightless.  Mystery marks!

Other than making "wild guesses", we did some real work at home, using the really useful guide here to learn about the characteristics of tracks of animals from the same family group, as well as the types of trail that would be left behind by certain animals: 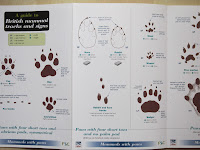 We found a related book to read.  Tiger also did some rubbing from a set of animal tracks plates that we have from a few years ago.  The book was interesting, but I am not sure of the value of doing those rubbings.  I guess we can glue them into the nature journal. 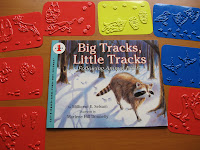 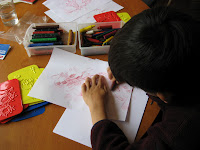 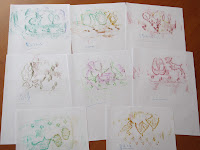 This post is linked up to several blog hops, where you can visit to see what other homeschoolers have been busy with.
Posted by Hwee at 9:37 pm