The past few weeks in World History we have been exploring the Islamic World, starting with learning about the Prophet Muhammad and the rise of Islam.  Our initial introduction of the topic came from chapters in SOTW2, and from reading the following books: 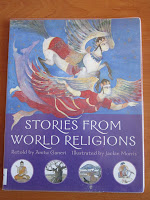 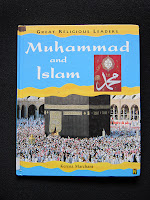 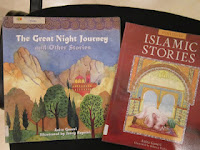 When we felt that we wanted to know more, we watched the following documentaries as well:
1) Biogaphy of Prophet Muhammad: 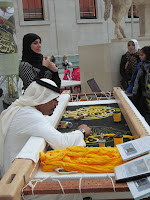 As we learned about the Five Pillars of Islam, we were able to concentrate on a specific one: the Hajj, by attending a drama workshop at the British Museum.  The workshop was run by a professional theatre company where the children participated in role-playing to understand the rituals and roles of Muslim pilgrims at Mecca, as well as the significance of other religious prilgrimages.

After a preliminary preparation, we also visited the Hajj Exhibition at the museum where we saw many historical artefacts related to the Islamic pilgrimage while working through this trail, and learned much about the different ancient routes taken by the pilgrims in order to reach Mecca.  As part of this special exhibition, we also saw an embroidery demonstration of how the Arabic calligraphy was hand-sewn onto the cloth that covers the Kaaba.

The Islamic World gallery in the museum is full of beautiful treasures and artefacts to admire and learn from, so after a very informative 45-minute gallery tour where an expert on the Islamic art and culture taught us much about the subject, we stayed behind to look at the exhibits slowly by ourselves. 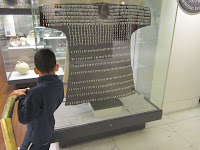 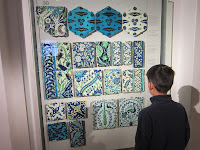 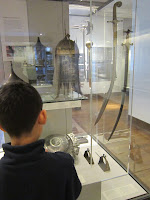 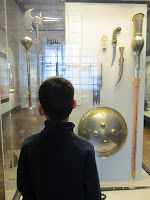 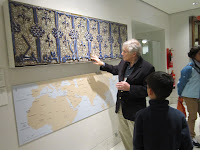 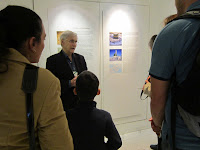 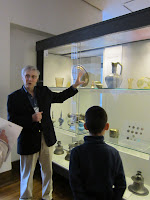 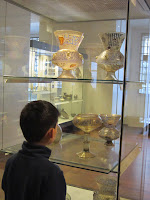 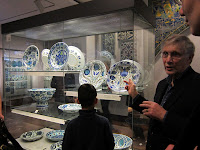 Coincidentally in our maths lesson we are starting a section on geometry (which is very much related to patterns found in Islamic art), so Tiger has been working on identifying multiple shapes "hidden" in the bigger and most obvious one on the page. 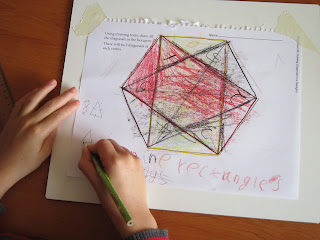 Sometimes it is easy to forget the scientific inventions from a culture that is more associated than religion than science, but watching the following documentary reminded us of how Islamic scholars in the past have contributed and influenced the development of science:


This post is linked up to several blog hops, where you can visit to see what other homeschoolers have been busy with.  It is also linked to the Carnival of Homeschooling: Frost and Forcythias edition.
Posted by Hwee at 10:12 pm