When studying history, it is often easy to just concentrate on the Western Civilisations.  Luckily, with world history, we have been exposed to civilisations of other cultures, which we would otherwise know nothing about.

This week we studied Medieval India.  We had looked a little into ancient India last year, looking into Mohenjo Daro, the Indus Valley, the Aryans and Muryans, and Asoka.  However, apart that from we do not know much else about this very colourful and ancient country.  Therefore, learning about what happened in India during Middle Ages was a much welcomed change from our focus on British/Western civilisations.

The Story of the World Volume 2 introduced us to the Gupta Empire, which followed from the Muryan Empire.  To get a better understanding of the Golden Age of India, we watched the following documentary.  Not only did we gain much more understanding of the Gupta Empire (which ruled the North of India), we also learned about the Chola Empire (which ruled the South of India):

From historical and cultural aspects of this period, we moved on to learning about its art.  The Ajanta Caves used by Buddhist monks during that period contained spectacular Buddhist artwork (frescos and stone sculptures), which we saw more clearly from the clip below:


Initially we wanted to create a fresco that resembled the artwork in the Ajanta Caves, but later I changed my mind and decided upon making a rangoli instead.  The reasons for choosing to do the rangoli are: (1) it is easier, and (2) it gives Tiger a chance to do Sand Art, which he had never done before. 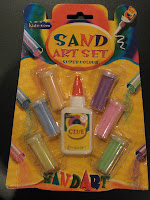 Before Tiger got started, we watched a short clip of how a simple rangoli could be created.  I wanted to emphasise to Tiger the spontanenity of the art form, as well as the beauty in seemingly simplistic designs.


After watching the clip, Tiger got to work.  He started by drawing in pencil the outline of his design on a piece of white paper.  As he wanted circular designs, I showed him how to use the mathematical compass to draw perfect circles.

After the initial design was completed, Tiger applied PVA glue to the areas where he wanted to apply his first colour of sand.  The most effective way to do a rangoli is to apply one colour at a time to the entire picture.  This was a slightly different way to work for Tiger, since he had to consider the full colour scheme of his design before applying each colour to the designated areas.  His usual working style would be to fill in an area with different colours, then think of the next area in different colours. 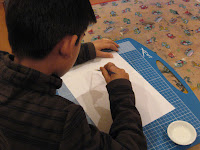 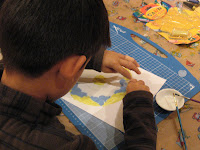 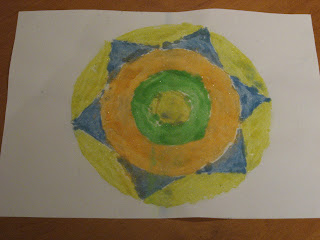 The supplementary books Tiger read for this unit were: 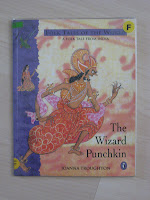 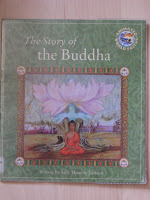 This post is linked up to:
1) several blog hops, where you can visit to see what other homeschoolers have been busy with;
2) the Carnival of Homeschooling: Homeschool Open House edition; and
3) the Homeschool Showcase #86.