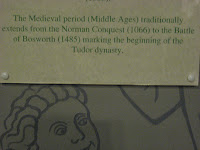 When studying history in Britain, I have found it very difficult to set a clear-cut date for when a new era starts, especially in the so-called Middle Ages, post Norman conquest.  It says on the board above (shown in a museum) that the Middle Ages in Britain includes the Norman period, arguably because the Normans brought about a totally new way of life to Britain, and they brought the whole 'knights and castles' concept over.  However, for our own learning purpose, I am separating this period of 400+ years into the Normans (William I to King Stephen) and the Plantagenets (Henry II to Richard III).

Here we are, at the start of the Plantagenets. To get us into the mood of things, we have been listening to the medieval music from this CD: 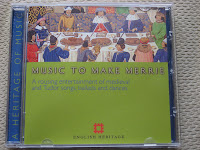 Tiger has been referring to the new Kings and Queens pictorial wall chart very often.  As we move through the different periods of history, it is very useful for him to see at a glance the family connections of the British monarchy. 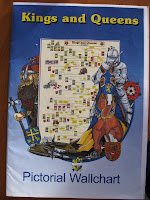 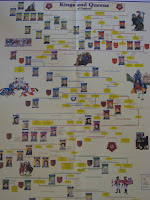 Before we got into Henry II, I wanted to make sure that Tiger has understood the family relationships amongst the different kings since William the Conqueror, as well as how and why the crown was passed onto Henry Plantagenet.  Tiger had some recollection (from our study of the Normans earlier this year) who the crown was passed onto after William I, but he could not tell me why Henry II received the crown and his relationship to his predecessor, King Stephen.  This was despite him having access to the wall chart.  Admittedly, the wall chart's layout is not entirely clear in this regard so I quickly scribbled the following onto the back of a piece of paper, to explain the matter to Tiger.  It worked.

Apparently, Tiger's confusion has much to do with the relationship between Stephen and Matilda -- I don't blame him, since women in those days seemed to be very fond of the name 'Matilda' and everyone back then seemed to have a wife or a sister called Matilda!

Once the clarification was made, we moved along with how we have always used Our Island Story in this household: narration.  Tiger listened to the CD and narrated to me all three chapters about Henry Plantagenet, and I wrote his narration down in our homemade timeline.  We started from Chapter 1 all through to King Stephen, so the timeline is rather long.  I used a different colour for each period.

We then watched a short clip that summarises Henry II's life, before reinforcing our learning with yet another new material: a pack of Kings and Queens cards.  On one side of the cards is an image of the king or queen, on the other side is a short summary of his or her life in two to three paragraphs. 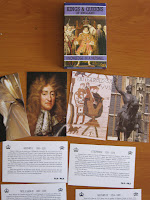 Then Tiger continued to work with the Usborne Sticker Dressing Knights book... 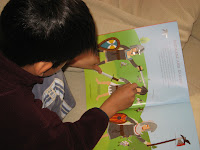 and read a few books on this period: 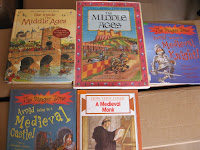 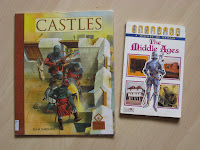 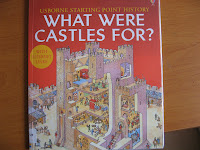 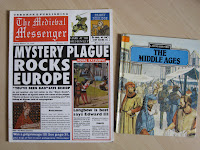 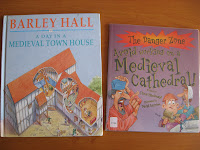 Probably the most relevant books that Tiger has read this time is the following, which tells him all about siege tactics... 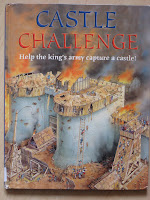 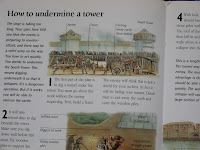 because we had looked at different styles of castles in Europe... 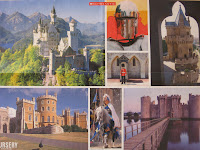 before visiting Orford Castle,which was built by Henry II.  Orford Castle was involved in a number of sieges (as one would expect) so it was very relevant for Tiger to learn about the tactics that would have been used during those times.  The audio guide at the site was very helpful to provide a detailed explanation of the layout of the keep, as well as how each room would have been used. 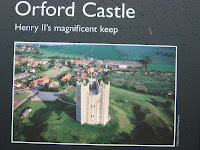 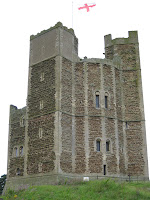 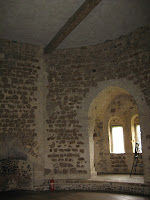 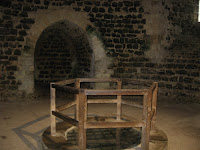 When we came back home, I thought it would be a good idea to make a Norman/Medieval Roast Bird (I used chicken). It turned out quite alright: 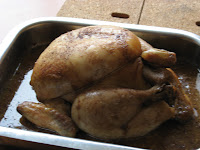 However, that itself would not please the men in this household, so I added Yorkshire Puddings and steamed vegetables, which turned the meal into a traditional Sunday Roast.  It was well received, except that the strong vinegar taste was very noticeable.


We are very lucky to be in a country where evidence of history is all around (if you bother to look) and with little effort, history lessons often come alive.  What is happening to history lessons in schools in this country is plainly appalling.


This post is linked up to several blog hops, where you can visit to see what other homeschoolers have been busy with.  It is also linked up to the Charlotte Mason Blog Carnival: It's About Time edition.