The Chinese New Year ended on Thursday with the Lantern Festival (元宵节).  Compared to last year, my effort at this year's Chinese New Year celebration is somewhat lacklustre.  However, I console myself that we have at least managed to focus on having Chinese dishes this past week. 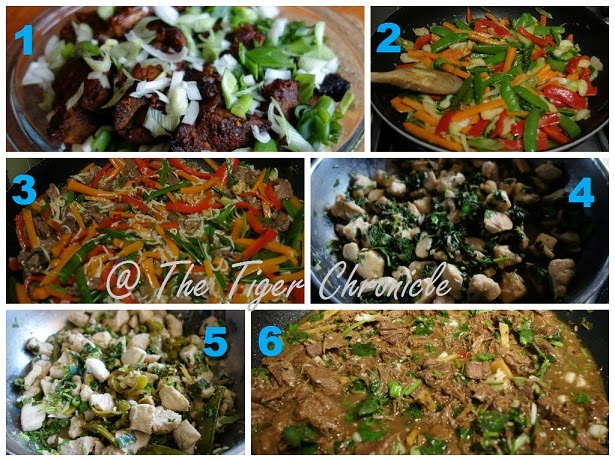 The recipes have been adjusted for our dietary requirements:

We also pulled out our copy of The Warlord's Puzzle to have a play with tangrams, a 7-piece puzzle from ancient China that Tiger had a go with nearly five years ago. 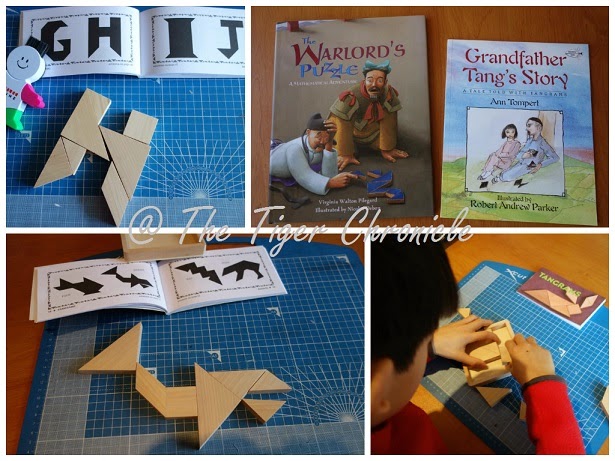 The appeal of the tangrams is its deceptive simplicity.  There are only three shapes and seven pieces.  However, as we have found, to solve the puzzles are not an easy task.  Tiger has been working through a tangrams puzzle book last week just for the fun of it.  At first, he was quite frustrated with hiimself for not being able to solve the puzzles immediately but after a few rounds, he started to be able to visualise how the different pieces can be combined together in numerous ways.  From then on, he was able to solve a few puzzles on his own.

I used the study guide that accompanies the book for activity ideas and the one that caught Tiger's interest most was that of writing a cinquain, which is a 5-line patterned poetry form that bears some resemblance to the nature poems written by ancient Chinese poets. 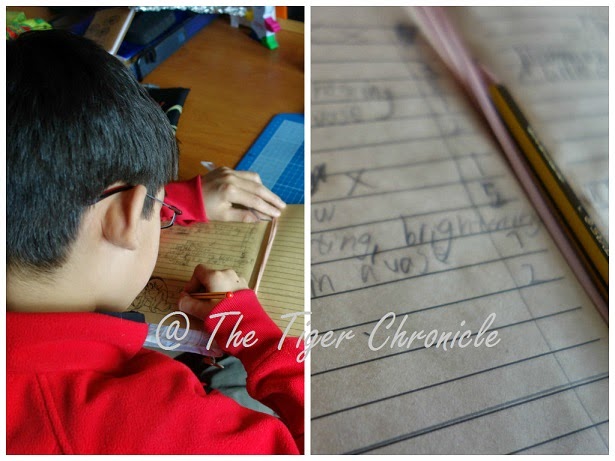 It appears that the patterned format of cinquains has a strong appeal to Tiger, so not only did he enthusiastically write three of them, he even went as far as editing and rewriting each one a few times before he was happy with the final result.  In the process of editing his various drafts, Tiger happily highlighted to me that he was employing the write-in-the-margin lesson that he has learnt from Tolkien not so long ago. 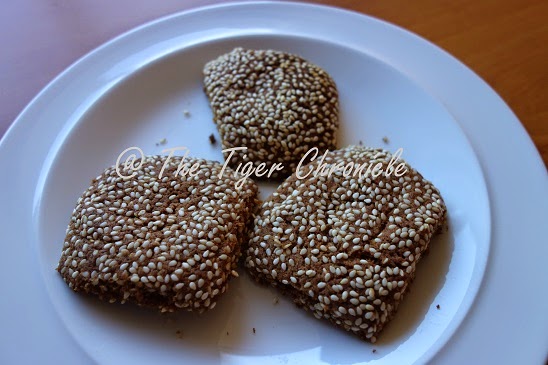 We had time to have another poetry tea with a Chinese snack (sesame cookies) in the week, so I taught Tiger to recite another Tang poem about spring: "Early Spring" (早春) by Han Yu (韩俞)


This poem describes the beautiful scene of a street in Chang'an (长安), the capital city during the Tang dynasty, in the early spring drizzle.  After having the meaning of the poem explained to him, Tiger was attracted to its sound and rhythm so he learnt the poem easily and quickily, and he even sang the poem alongside the clip above!  Poetry, regardless of the language it is written in, portrays a sense of linguistic beauty and mastery to its reader/listener.  I am very glad to see Tiger showing much joy and pride in reciting and translating classical Chinese poetry very well.  After all, having an intimate relationship with classical Chinese poetry is part of identifying with the soul of the Chinese culture.