To start off this topic, Tiger read a book that we have on the shelf for many years and that which was used a few years ago in his preschool years: 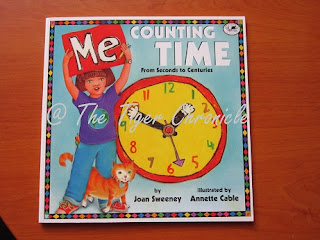 As a revision to what Tiger already knew of reading the clock, we worked through the Telling Time activity by making a clock face and reading various times. 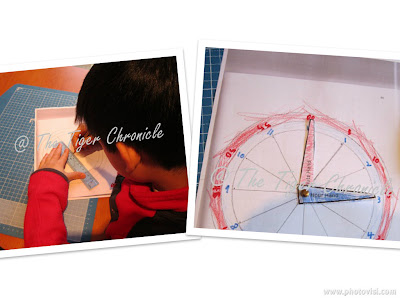 To make sure that Tiger knew how to tell time both in numbers and words, we played the What's the Time? game.  First we matched the words with the time shown on the clock faces, then we turned the pieces of paper over and played a memory game with the same set. 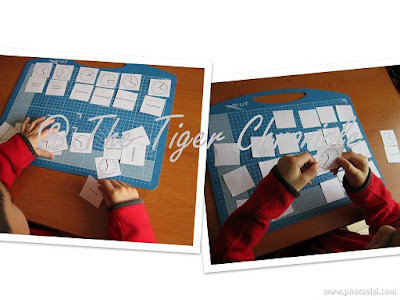 After the basic telling time exercise, we proceeded to work out a few problems that required carrying over between hours and minutes. 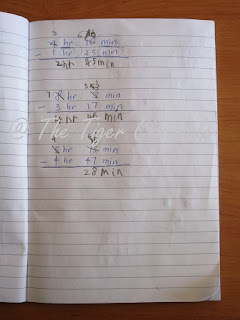 We then worked through a few maths games:
1. Clocks
2. How Many Times? 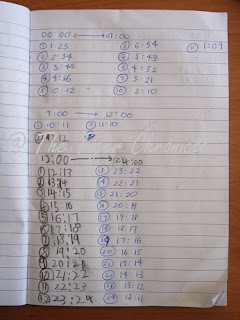 3. The Time Is... For this game, Tiger started out sequencing set A, followed by set B.  He then combined both sets and sequenced all the cards.  The interesting part of this game is the mixture of analog and digital times, so that the analog clock is open to interpretation as to whether it shows A.M. or P.M.  I told Tiger that as long as he could provide a valid reason to the way he sequenced the cards, it's entirely up to him how he interpreted the analog time. 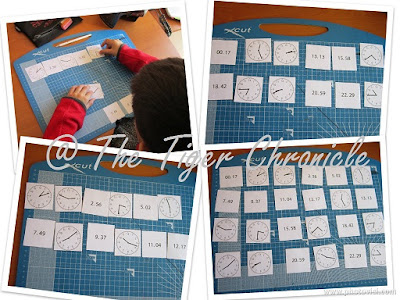 
5. The trickest of all was the Wonky Watches, which required quite a bit more thinking, as well as applied division. 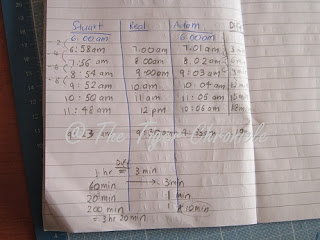 To take another perspective on the concept of time, Tiger read this book, 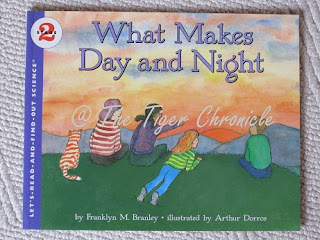 followed by a related clip:


All of a sudden, our maths topic took on a turn into physics, so we watched two more clips which led to more discussions about the concept of time, how it came about, using maths to represent observations and natural phoenomena, the correlation between the initial hypothesis and the mathematical proof, etc.

Did we understand everything from the two clips above?  No.  Did watching them generate some interesting questions and discussions between us?  Yes, and that's good enough for us for now.