It all started with Tiger finding some fungi (panaeolus foenisecii) on the lawn one day... 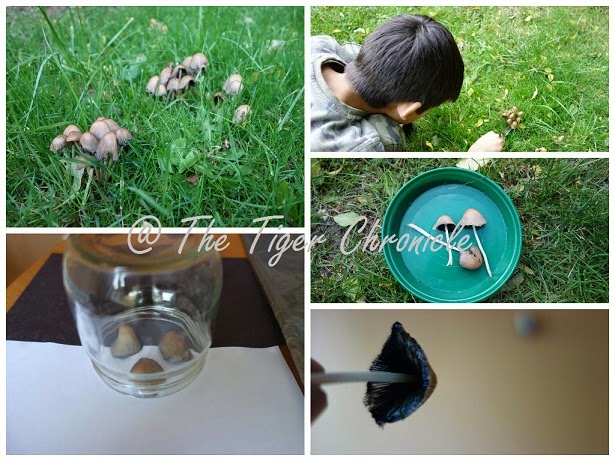 We cut some off to observe indoors before making a print with them. 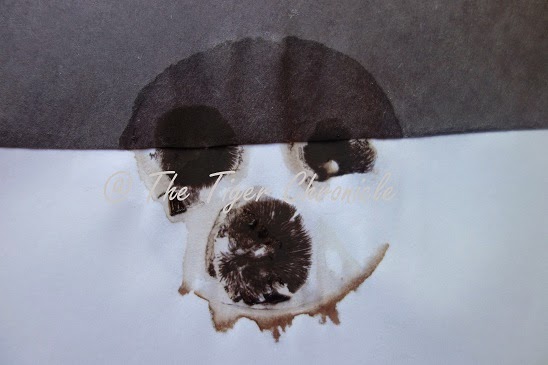 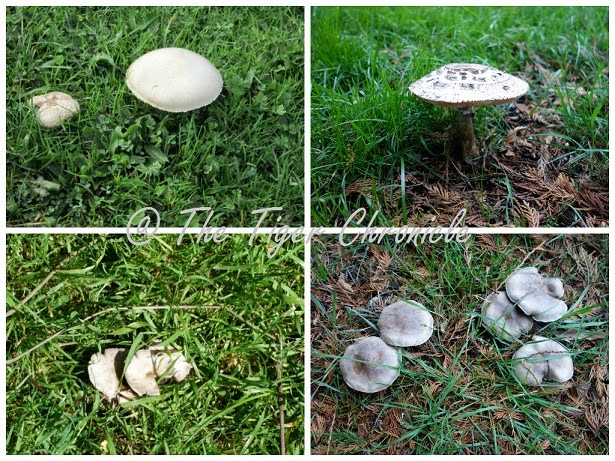 Since there were so many fungi popping up around us, we might as well get to know them!


We made a few trips to the woods to to search for fungi.  Boy, were we in a treat!  Fungi was to be found everywhere! 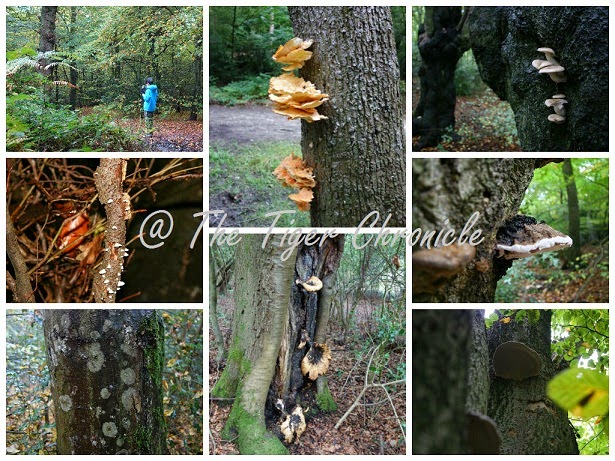 Moving down a little along the tree trunk, we found fungi growing on the exposed roots of certain trees: 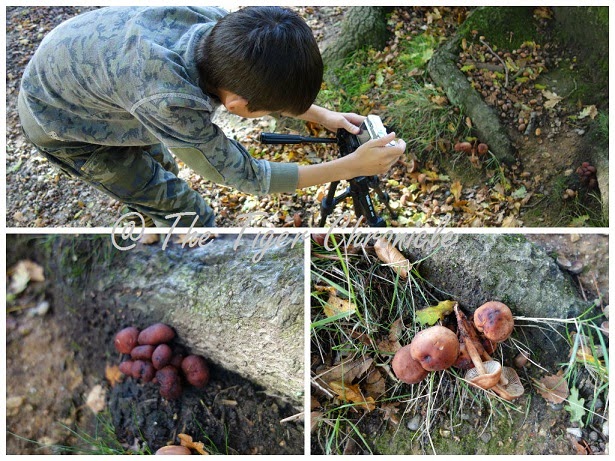 Mostly, various fungi could be found on rotten logs or exposed parts of branches that were starting to rot: 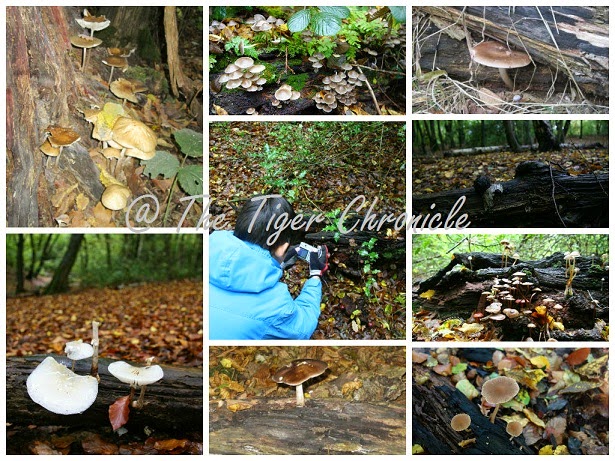 Even on rotting logs, there were many different varieties of fungi growing.  Other than the tubed mushrooms (see photos directly above), the most common type of fungi we found on rotting logs were from the bracket fungus family. 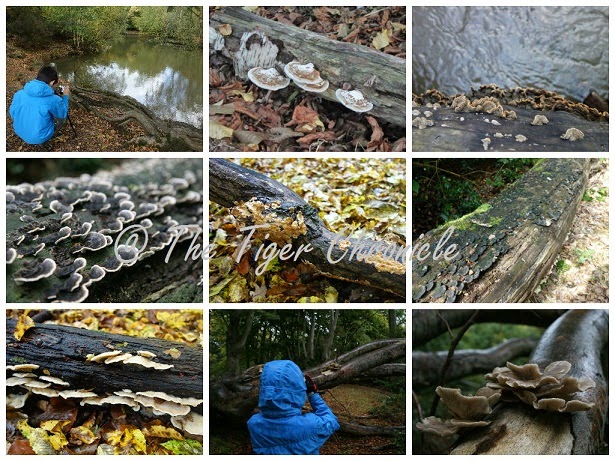 We didn't take our field guides with us on our walks but Tiger took many photographs of all the fungi we found so that we could identify them when we got home. 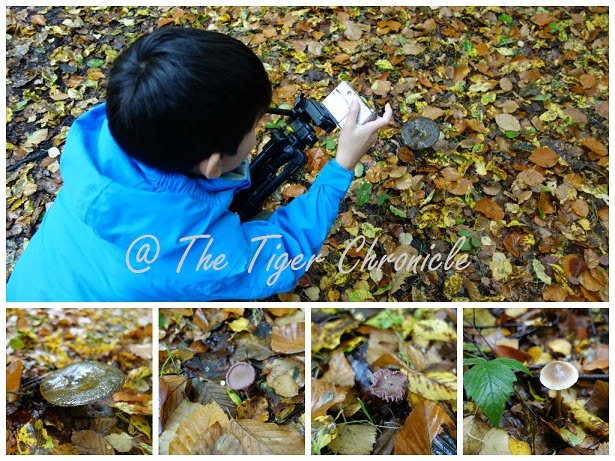 The fungi on the ground were very well camouflaged and we had to look quite hard to pick them out from the piles of fallen leaves. 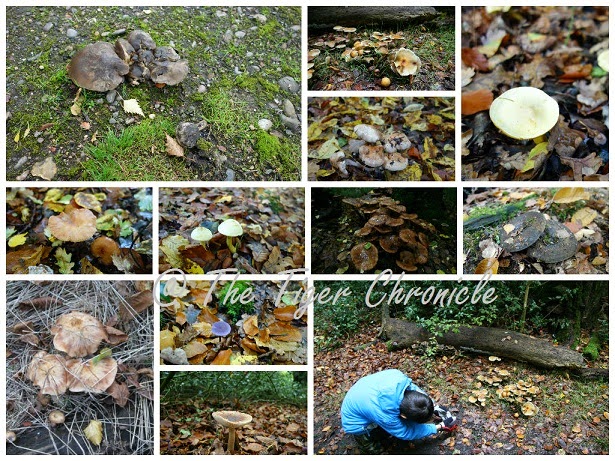 The most exciting find was the Fly Argaric, the quintessential fairytale toadstool where we almost expected to find a fairy hiding under it.  We also saw a fairy ring made up of fly argaric, which is rather unusual.  The fairy ring was located very deep in the woods where there wasn't much light so the photograph doesn't do the magical atmosphere justice. 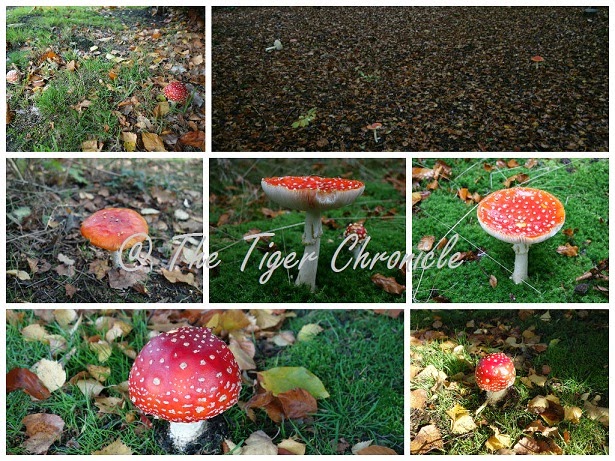 After our numerous walks, we collected enough photographs and samples to conduct more close-up investigations of the fungi at home: 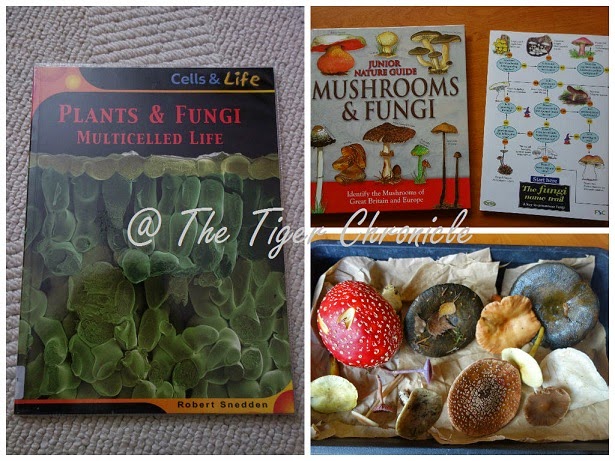 We identified all the fungi at hand, looked at them through our hand-lens (I think we'll need a microscope next year) and noted the different types of patterns and gills of each fungus. 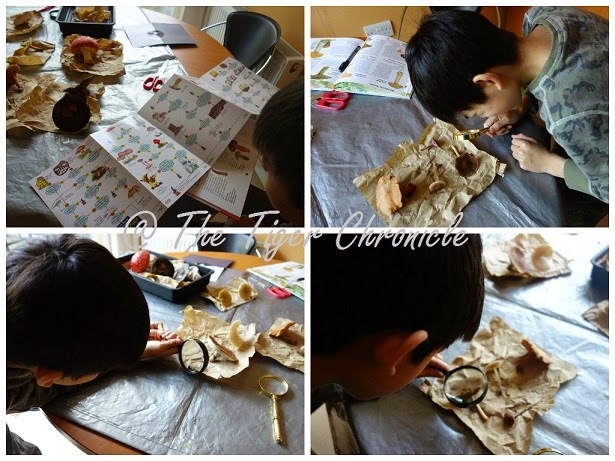 Then we covered each fungus under either a glass jar or a bowl (depending on its size) to make a spore print.  Unfortunately, some of the prints did not turn out very clearly.  It was fascinating to see how the Fly Argaric expanded to twice its size to fill the entire bowl. 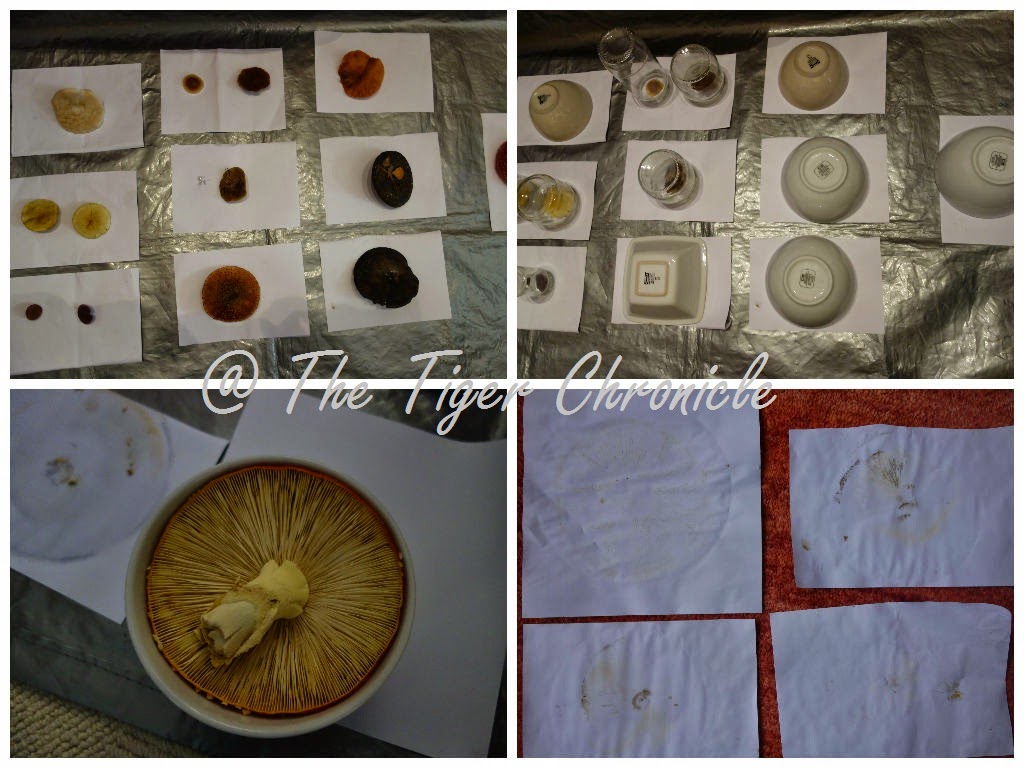 The fungi were kept covered for a few days to get the spore prints.  By then, they were starting to give off a slight rotting smell.  They were discarded before they became rotten (which wouldn't be a pretty sight) but we became fascinated by the concept of decay for a few days:


Apparently, we were not the only "weirdos" who were enthralled by fungi!  We went along to a fungi workshop conducted by The British Mycological Society, where we learnt various information about fungi, including its life cycle and taxonomy. 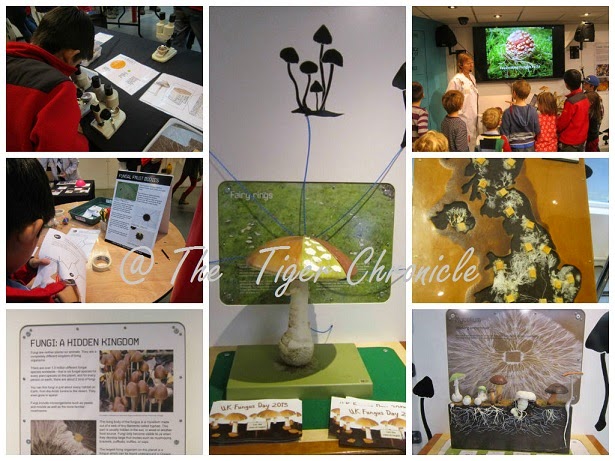 At the workshop, Tiger was given some starter culture for the Oyster Mushroom, which he cultivated inside a toilet roll (all of things).  We left the mushroom to grow in a corner of our bathroom and observed it everyday for two weeks, noting changes to its growth. 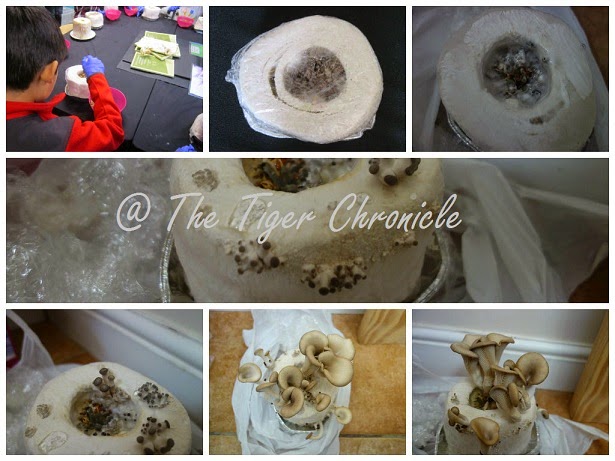 Watching the oyster mushrooms grow was an amazing experience.  Unlike the picked fungi above with which we tried to get spore prints, these live mushrooms did not smell at all.  Although we were assured that they are completely safe to eat, we didn't eat them in the end because: (1) both boys don't like the taste of mushrooms, and (2) we don't fancy eating anything that was grown in the bathroom, even though our bathrooms are very clean.  Therefore, growing the oyster mushroom remains a scientific adventure. 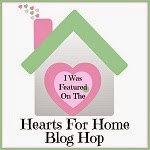