The Other Scottish King: Robert the Bruce

England feud with Scotland started with Edward I's compaign against Scotland and continued into the reign of Edward II. 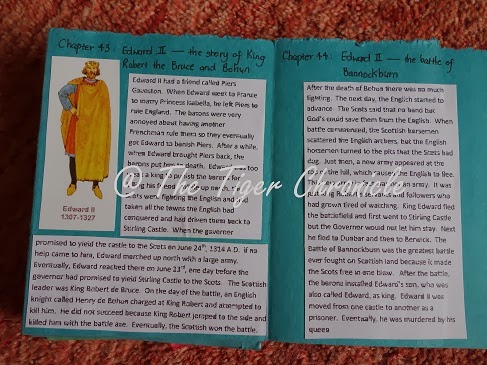 While Edward I was pitted against William Wallace, Edward II's nemesis came in the form of Robert the Bruce.

Robert the Bruce's rise to power wasn't straightforward, as he had to contest with his Scottish rival, John Comyn, for the kingship.  He eventually murdered John Comyn in the process.


Robert the Bruce's greatest victory against the English was at the Battle of Bannockburn.


After watching the videos, Tiger was inspired to make a Scottish armour out of a few pieces of red cloth, aluminum foil, and some masking tape. 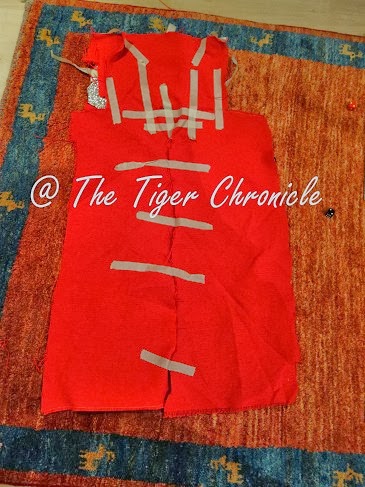 Naturally, there has to be an epic battle to put the armour to good use.  This time Tiger took the role of  a Scot who was killed by the pike on the battlefield.  It has taken a few years of mock battles for Tiger to be able to take on the role of one who is defeated.  Compared to the previous few years when he felt absolutely invincible (or that he could never be wrong about anything), he is starting to show some maturity and awareness of his own ego, and is ready to acknolwedge that he, like everyone else, has some areas of weaknesses. 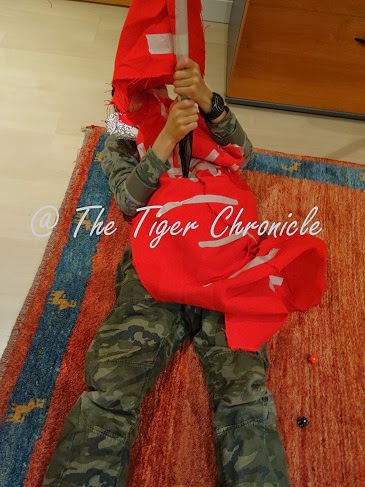