A Week of Preps

Christmas is off to a very slow start for us this year. 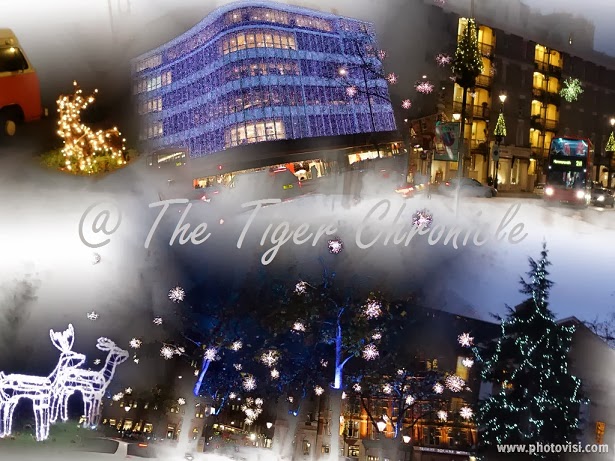 This is because we have been spending most of our time preparing for Tiger's Chinese exam.  Tiger has been attending a weekly beginner's Chinese class (Level 1) since September.  The place where the class is held is run in a very schooly way, with traditional classroom settings, bells for break times, as well as a lot of homework and two exams each year.  As far as Tiger is concerned, all such schooly phenomena are still new and amusing to him.  As he has never been to school, he has not picked up the bad habit of coasting or doing the minimal amount of work to get by.  As a result, he kept finishing his work in class so quickly and asking his teacher for extra work that she recommended that he be "promoted" to the Level 2 class.  Acceleration is very rare in a traditional Chinese class setting, so I believe the Level 1 teacher has done it out of genuinely good intentions for Tiger.

However, since he was accelerated to Level 2 half way through the term, Tiger is to sit the Level 2 mid-year exam having missed the first half of the Level 2 lessons.  In order to make sure that he doesn't get completely slammed at the exam, he and I have been playing "rapid catch up" by studying those lessons he has missed. 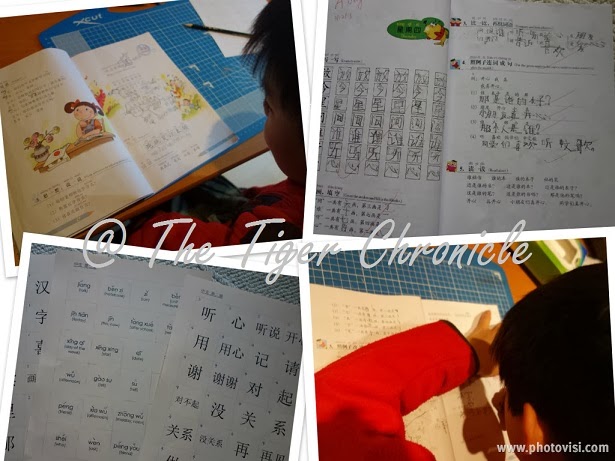 I have to admit that it is a very difficult process.  I am very surprised by the speed at which the lessons progressed and the rigour of the curriculum.  Each lesson has 12-15 pages of written homework.  As a result of the numerous homework from the Chinese school, Tiger is now spending more time writing Chinese characters than he is writing in English.  His recognition and writing of Chinese words have improved dramatically, but these are achieved through repetitive drills which he hates.  I totally understand his dislike for repetitions and drills, and I generally avoid putting him through those in our homeschool.  However, as Chinese characters are formed pictorially, there is, unfortunately for Tiger, no short-cut to learning to write each character apart from the drills.


Do I sympathise with Tiger for having to go through so much hard work?  Yes and no.

Yes, because learning the language outside of its natural environment is indeed very difficult and  mastering the language (both written and spoken) under such circumstances require extraordinary determination and hard work.  While the curriculum attempts to give flexibility and variety in terms of the types of exercises, both Tiger and I are under no illusion that he has to work extra hard to master the basics of the language.

On the other hand, I look at the amount of work Tiger is given by his Chinese teacher and compare that to the amount of work given to children who are growing up in the language's natural environment (China, Hong Kong, Taiwan, Singapore).


The amount of Chinese homework Tiger has is about half of what those children are given.  Knowing this, I don't feel that we can moan about the amount of work he has to get through in order to be at a comparable level in the Chinese language as the children in East Asia.  To put things in perspective, what we are doing is really no more effort than it would take for a Chinese child residing in those countries who wishes to master the English language.

So, this week has been a week of much hard work.  It is not a lot of fun, but it is necessary (for us).  Next week we will be able to relax and be more in the festive mood.