When first studying the freshwater habitat of the river, we wanted to find out what creatures live in or by the river (apart from the four main characters in The Wind in the Willows). 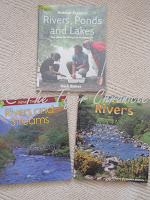 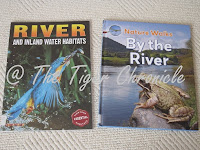 It is not easy to get a sample of organisms from a flowing river, so we managed to get some samples from a closed-off tributary.  As such, the experience and resulting organisms studied were more similar to that from a dip in a pond. 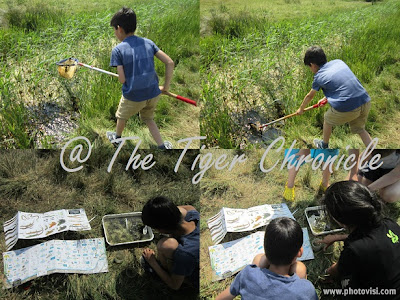 Using an identification sheet, Tiger identified his catch from several attempts of dipping around the "pond". 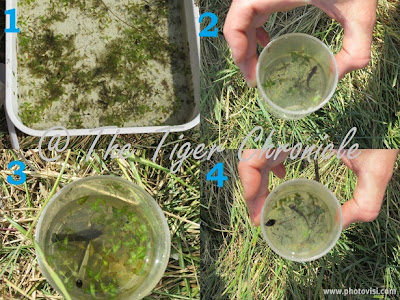 There were the usual water fleas, water snails, water boatmen, and worms (photo 1), but the most exciting catches for day were:

Our main animal interest from the story is, however, on the four main characters: 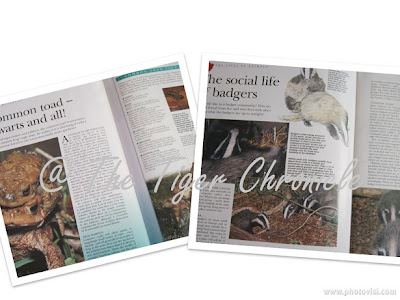 There are no major surprises when we studied these animals, until we came to the badger. 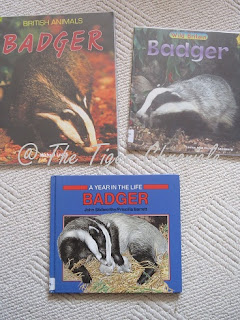 There is currently a highly-charged emotional affair concerning the badger cull in England.  The issue of whether killing the badgers is an effective way to control the spread of tuberculosis in cattle is still unclear, and I remember that badgers were a protected species not so long ago.

Caution: The clip below has a few scenes of badger shooting that some people may find disturbing.


Having heard enough of the unhappy cull, we decided to take a walk along another river. 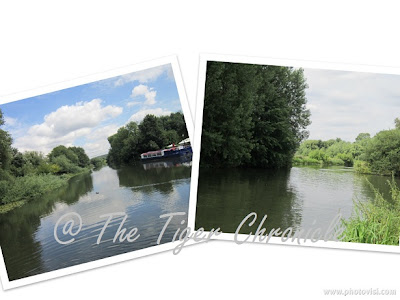 We wanted to see whether we could find the likely spot for Ratty's home by the river bank.  There were many possible places for a water vole to call home, but we didn't see any since the river was busy on that day with boats and people along the bank.


Hoping to see otters, Tiger looked hard and took notes of what he saw. 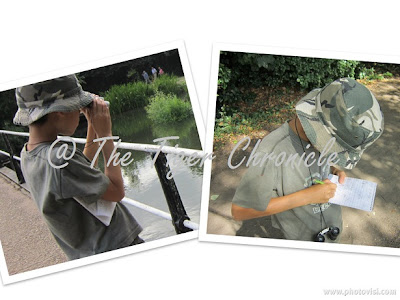 We didn't see any otter, but we saw a few things that were noteworthy. 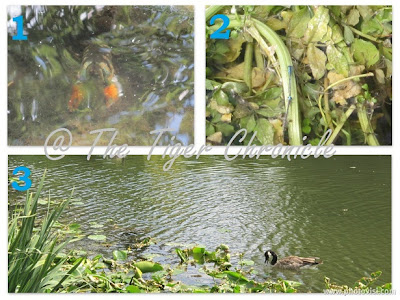 Here's a glimpse of Tiger's notes (with his permission):


Yes, that's right.  We saw a crayfish (photo 1 above).  We couldn't believe our eyes.  It wasn't moving so we could not be sure whether it was still alive.  Its claws are red, which means it can't have been the white-clawed crayfish so we really don't know which freshwater crayfish it is.


We also saw damselflies mating on the grass (photo 2), as well as many water birds (including the Canada geese - photo 3) swimming and feeding along the river.  The river looked very clean and was teeming with life, with many fish swimming in it.  The Mallard ducks, as noted by Tiger, were in a feeding frenzy.  I had not seen them behave like this before.


Tiger wrapped up his work by making a simple river habitat accordian book using the template from this book. 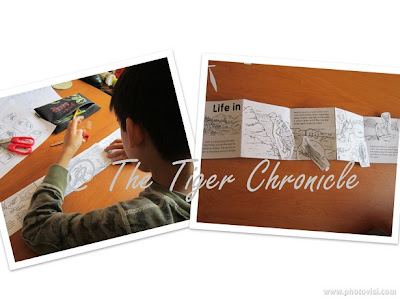