Begin at the Beginning

One of the things tha I try to do in our homeschool is to go through history in a chronological order.  In the elementary grades (Cycle 1, according to some factions of the Classical education model), we started from the ancient world.  Now that we are in the middle grades (Cycle 2), I want to start at the beginning again, but this time I want to start at the beginning of life, i.e. prehistory. 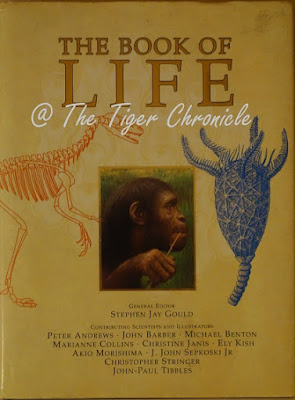 One can go as far back as the Big Bang Theory, or the birth of the earth, but that, to me, is stretching too far into science so I decided that we will just start from the evidence of life, i.e. fossils.  It is very handy that our patio is laid with natural stones that contain fossilised plant imprints, so that is a very good place to start. 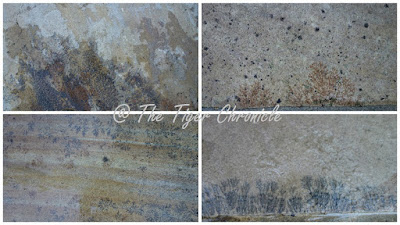 It doesn't take much to pique Tiger's curiosity so I directed him to the relevant books to acquire the necessary background information, 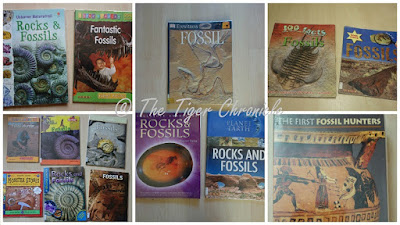 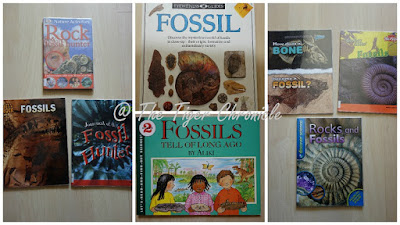 before breaking out a fossil-making kit to make plaster casts of various fossils. 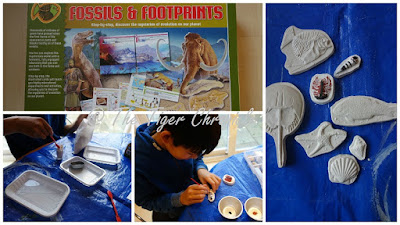 Tiger also made a scaled-down cardboard model of a Hibbertopterus, which is a two-metre long prehistoric sea scorpion whose trackway (made 330 million years ago) was found preserved in sandstone in Fife. 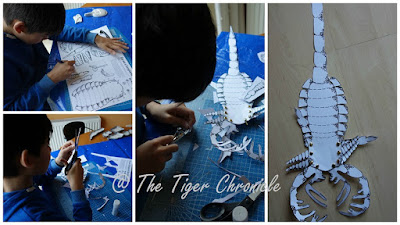 In our typical fashion of homeschooling, we wanted to see whether we could find any real fossils ourselves so we visited a quarry in Gloucestershire to try our luck. 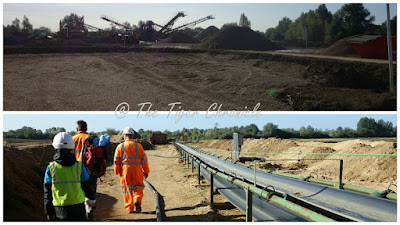 There was a whole lot of stone-staring that day... we were at a quarry after all. 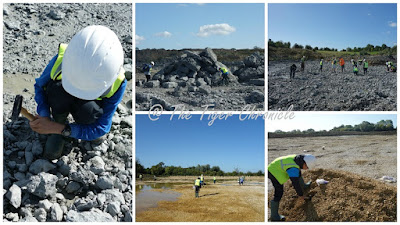 Take for example the following: do you see anything special about these stones?  Are they just some rocks? 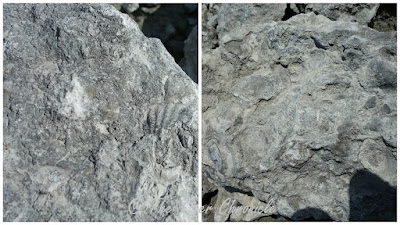 How about now?  Can you spot the fossilised mollusks embedded in the stones? 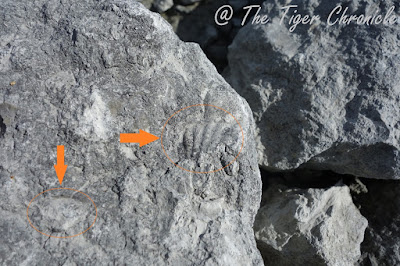 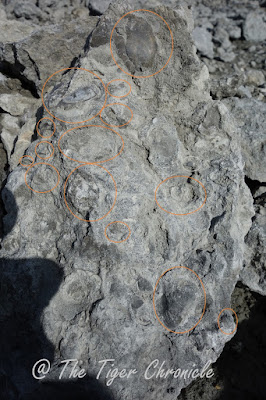 Once we knew what we were looking at/for, thanks to the very helpful geologists with whom we tagged along on the trip, we started finding fossilised bivales everywhere on the site!  If they were not exciting enough, I'd just like to mention that they are from the Jurssaic period (205 - 102 million years ago) too. I don't know about you, but I personally think it's very cool to actually find something that is hundreds of millions of years old.  That got us to contemplate the geological changes that have taken place on earth through the ages, such as the simple fact that the land that we were standing on was once the sea floor where these prehistoric creatures dwelt in.

We brought two big bags of fossils home with us that day.  Once they were thoroughly cleaned and dried, we identified each one using a fossil identification chart.  The most interesting one that we found was the gryphaea, commonly known as the devil's toetail from Victorian folklore. 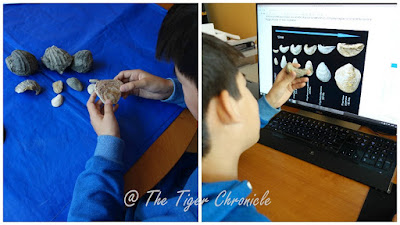 After identification, Tiger made notes in his science notebook to record his observation by a variety of methods that include drawing and taking rubbings. 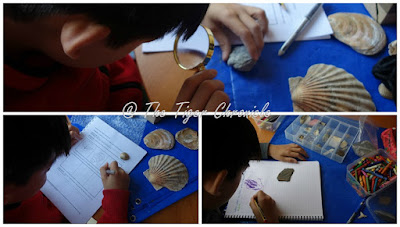 Below are a few samples from his notes on fossils: 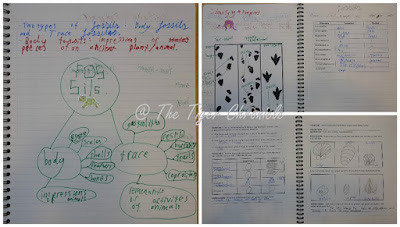 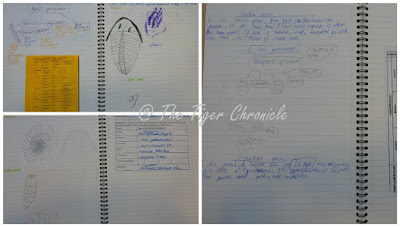 We watched First Life for review, and to check whether we had any gaps in our knowledge so far.  While we have learnt much from books and especially on the field trip, there is nothing quite like watching a good documentary to bring the prehistoric habitats to life.


The link from the study of prehistoric fossils to present day is that of fossil fuel, which we read about using the following books. 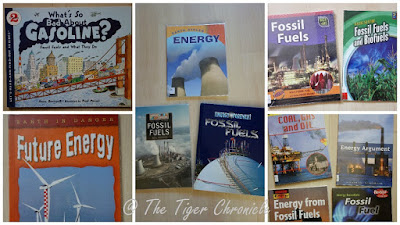 However, the greatest outcome of our study so far has been that Tiger is now the proud owner of his own sizeable collection of fossils, which he is only too happy to talk about all day to anyone who'd listen.  I therefore have been on the receiving end of a much-needed education on the various fossils that include: 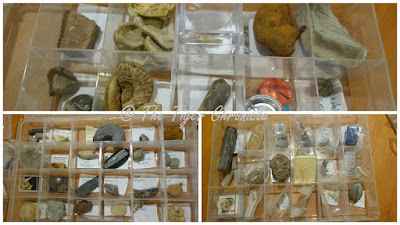 * This post contains affliate links to products that we have bought and used ourselves, and that I recommend.  I earn a little bit of money, at no extra cost to you, when you make a purchase through the link.  Thank you for your support.  :-)