We don't always do much for Easter.  The last time we did anything for it was two years ago, so it's time to decorate the eggs again! 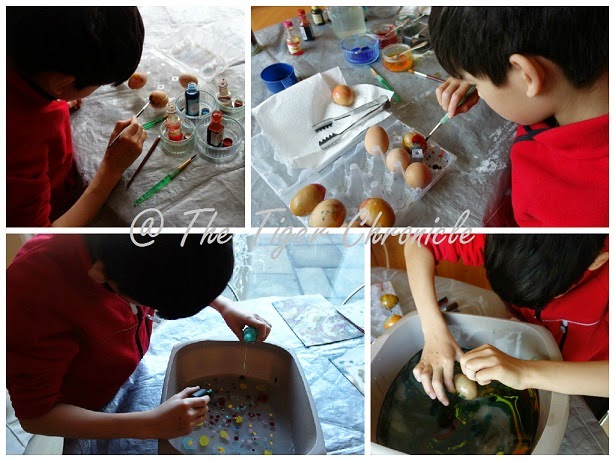 We tried a few different methods of dyeing our eggs, with mixed results: 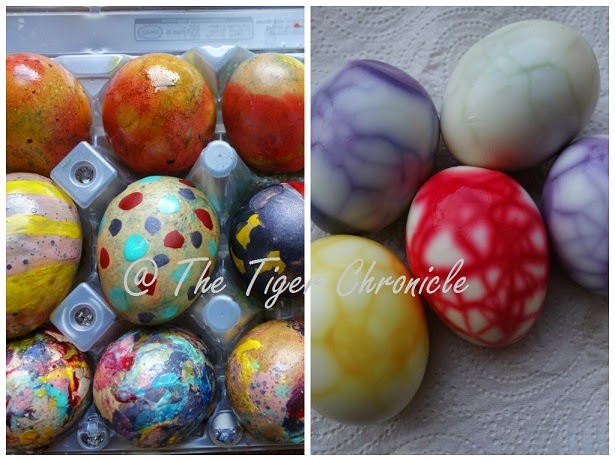 Needless to say, we were slightly disappointed to get little success compared to the amount of effort we had to put in to get a few half decent-looking eggs!  However, since I had the marbling ink out, Tiger then went on to do some 'proper' marbling on watercolour paper. 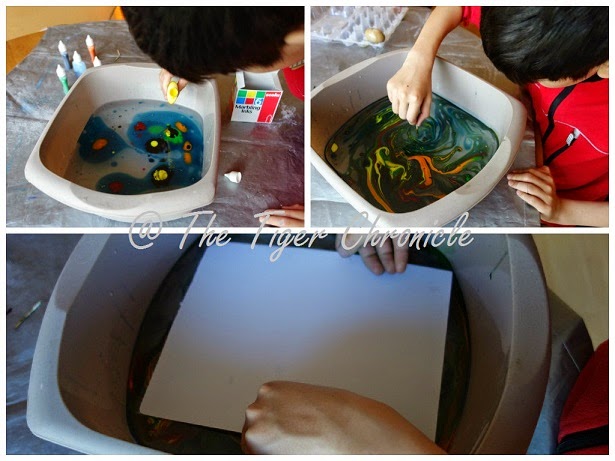 Tiger found the texture of the ink and the semi-random (one can manipuate the patterns made by the ink to some extent) patterns that it makes fascinating.  We both found the smell too strong and unpleasant though, so the pieces of marbled paper were left to dry outside for a few hours to get rid of the smell. 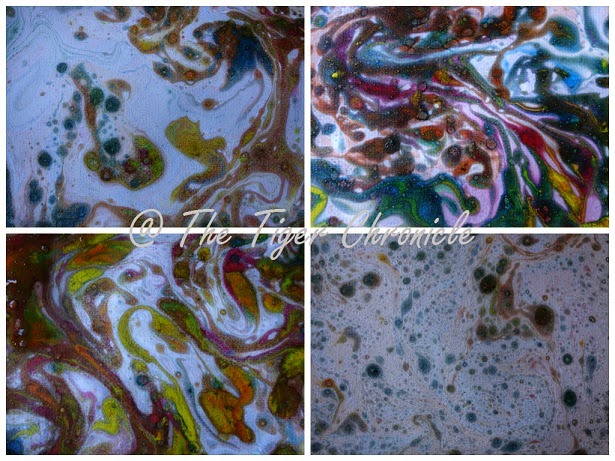 Since our dyed eggs haven't turned out too well, we thought we might have better results drawing them. 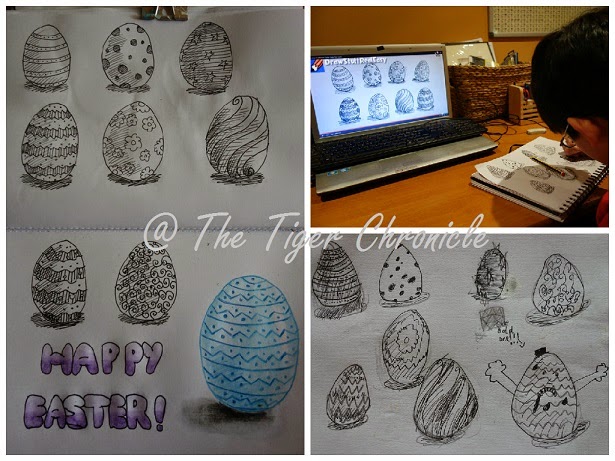 While we were drawing, Tiger wondered what the connection is between the chocolate eggs and Jesus.  We had talked about this before but he obviously needed some reminder, so I pointed him to the videos that we had watched two years ago.

As we watched the video about how the festival of Easter has evolved from the fertility goddess of ancient Mesopotamia through to the Anglo Saxon times, Tiger was intrigued by a piece of obscure information about an ancient manuscript, the Codex Sinaiticus. 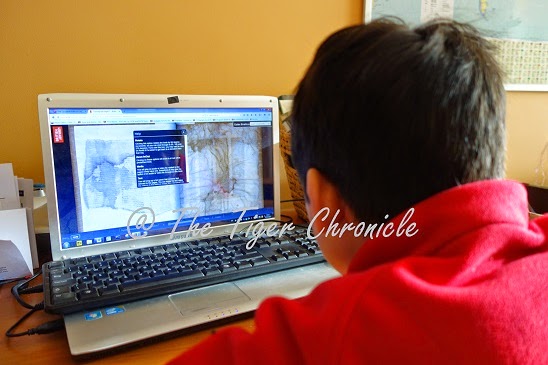 He then took it upon himself to look through the ancient Greek text on the British Library website, and spent the next hour and a half attempting to translate it from ancient Greek to modern English.  I did suggest to Tiger that he has a better chance of success at translating ancient Chinese texts since I can give him a hand at that but I can't help with ancient Greek.  Despite my offer, Tiger decided to have a go at translating the Codex anyway, and he got as far as translating the first stanza in 1.5 hours.  It was a slow, long-drawn process by the looks of it, but I think he's off to a good start.  In the process, Tiger taught himself much about ancient Christian history and theology, translation techniques, texts comparisons, and language rules (grammar, syntax, sentence structure).  It is all quite fascinating to watch.

Once he has had enough of translating, we resumed our happy research on Easter chocolate eggs and how they are made in the factory:


From the consumer perspective where we see chocolate eggs stacked along the shelves of supermarkets, we then moved slowly along the supply chain and traced the source of the main ingredient, cocoa beans.  What we found is not a happy situation at all:


Tiger was slightly upset -- as any naturally uncorrupted human being would be -- by what he saw in the documentary above, but I think it is important for him to start becoming aware that our relatively safe, first-world existence is not to be taken for granted, and that many people suffer injustice and exploitation every day.  Although we may not be able to offer a solution, at the very least we should not become part of the problem by sheltering ourselves in apathy and igorance.