It has been sub-zero temperature here in England where we are for the past two weeks, and we were warned by the weather man yesterday about the coming snow, so we have all been watching out for the first sign of snow with eager anticipation. 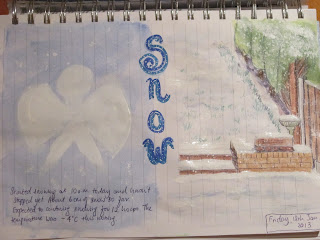 We saw the first flurry of snow at 10am.  Tiger was all excited but he managed to stay indoors until he has had his lunch before going out.  During the wait, we managed to get some maths problems and Chinese done.  Tiger also spent some time making paper sculptures of castles as part of his battle scene. 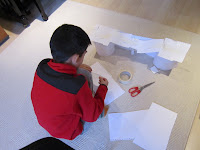 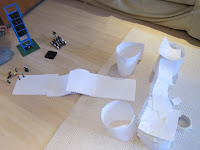 After lunch, we went outside to catch some snowflakes on a piece of black card to look at them under a magnifying glass. 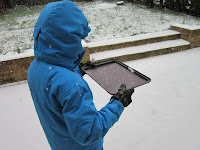 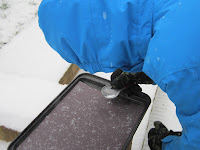 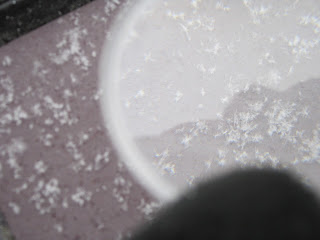 After that, I didn't have the heart to keep Tiger indoors anymore so he spent most of the afternoon playing in the snow. 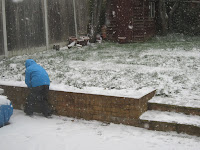 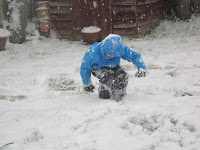 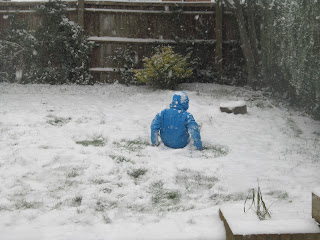 The snow is expected to go on for 12 hours, and we are expecting more snow over the weekend.

The boys have already made plans to go sledging and do other fun things in the snow tomorrow. 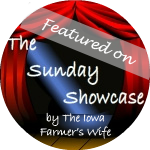