Much Ado About Slime 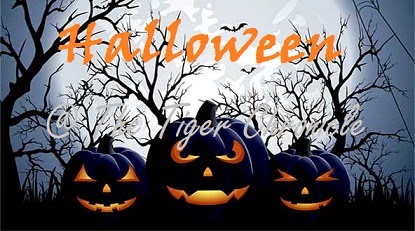 Halloween has always been associated with the darker archetypes of human consciousness.  As such, I often find that whenever I think of science activities related to Halloween, I will end up looking at something quite revolting or disgusting.


We first tried out a science kit that I acquired at the charity shop for 50p, and did a few of the experiments from the attached booklet.  However, apart from the initial fun of stretching at the ready-made polmorphic slide, making our own slime ball, and playing a game of chase with the ready-made bouncy slime ball, I didn't think we have learnt much from the kit so I took it back to the charity shop.  Maybe the next person will have more joy with the kit. 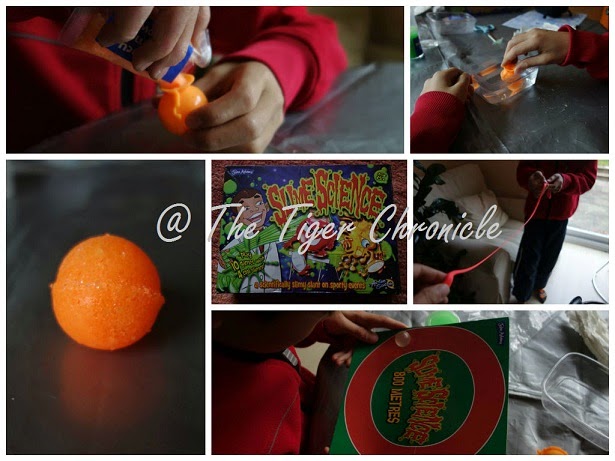 We realised that we learn best by actually making the slime/gloop/oobleck ourselves, in the old-fashioned way, using the tried-and-tested cornflour and water mix: 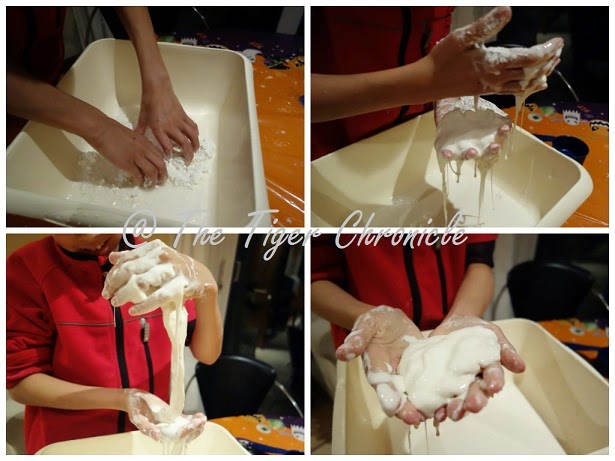 It is one of those cheap-and-easy way to keep a child entertained for a long time, and to have a hands-on experience with the intriguing transformation of polymer chains, which certainly beats just reading about the properties of polymers from here and here.

From our little success above, we wanted to know what would happen if we scale up our experiment (from using 1 cup of cornflour to using 7 boxes of cornflour).  We filled two-thirds of our tub with oobleck, let it settle for a day and rest a glass bottle on its surface.  The glass bottle tipped to one side after a few minutes, but did not sink further into the mixture: 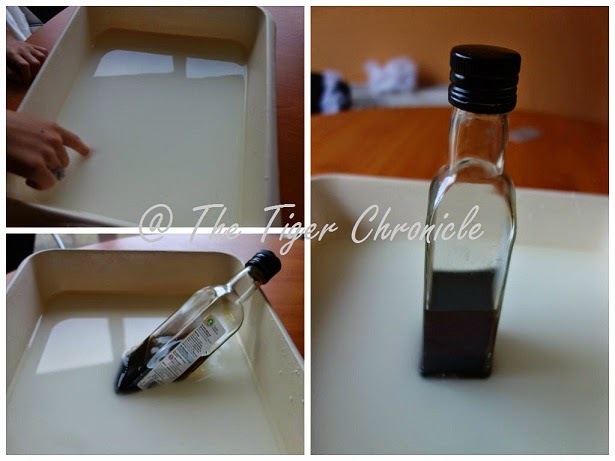 We then redid the test with a few marbles, one of which promptly sank into the suspension while the others took a little while longer to do so, but all eventually sank in and we had to fish them out with our fingers.


While the sinking of the materials was fascinating to watch, it was the fishing out part that really demonstrated the dilatant (the mixture moves slower when an external force is applied to it) quality of the suspension.

If we had a bigger container (such as a small paddling pool), we would have made a non-newtonian fluid pool that we could walk on, like the one shown below, but we understood the principle behind it from observing what happened to the marbles in the above experiment:


What other gloopy things can we make with cornflour and water?  Silly Putty, of course!  It is really a mixture of white glue, borax powder, water, and cornflour. 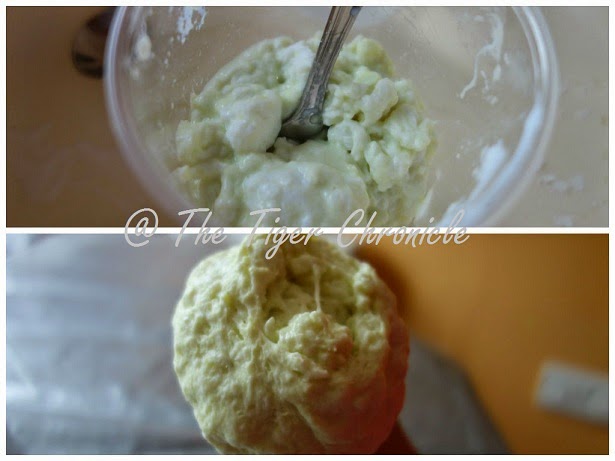 
Finally, we turned out attention to the humble meringue, which is essentially made up of sugar and egg white.  Did you know that egg white is about 88% water?  The rest of it is almost all proteins (polymer).  The act of whipping the egg white unfolds and stretches the protein strands (the process is called denaturing), which gives rise to the network of bubbles we see.  As we further whip the egg white, the protein chains will overlap and form a long, stretchy surface, resulting in the stiff peaks that we look for when we make meringues. 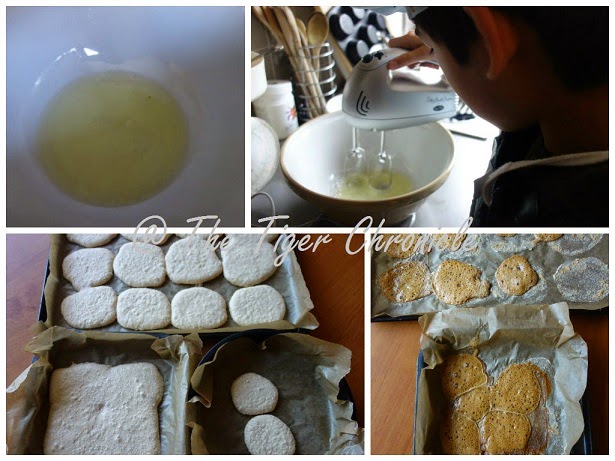 We made four different batches of meringues to compare the differences in result when we made a slight variation each time: 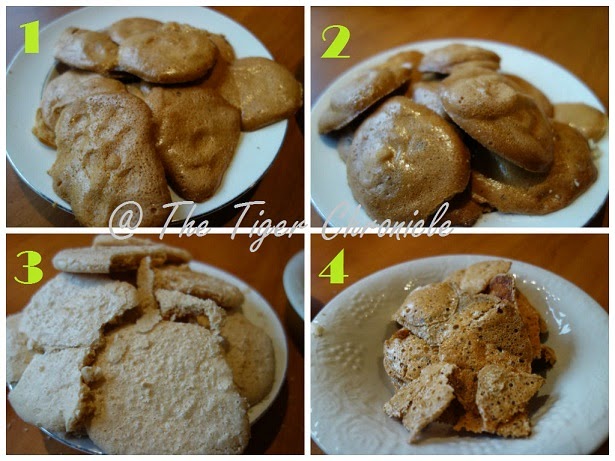 The results are shown above:


After such hard work (actually, our oven worked much harder than we did on that day with 4x90 minutes of non-stop baking), we relaxed by watching a documentary that explains how various materials such as ceramics, metal, and plastics work.